A Guide To Gifts In Fire Emblem Warriors: Three Hopes

Who doesn't love gifts? Even during times of crisis, the perfect pick-me-up can work wonders on our loved ones. Fire Emblem Warriors: Three Hopes, like its more traditional predecessor Three Houses, extends this happiness into a full-blown gameplay system you won't want to skip.

If you'd like a deeper understanding on why gift-giving is an important part of Fire Emblem Warriors: Three Hopes, or you just want to know the best presents for every character, you just so happen to be on precisely the right page. Think of it as our gift to you.

Why Are Gifts Important in Fire Emblem Warriors: Three Hopes? 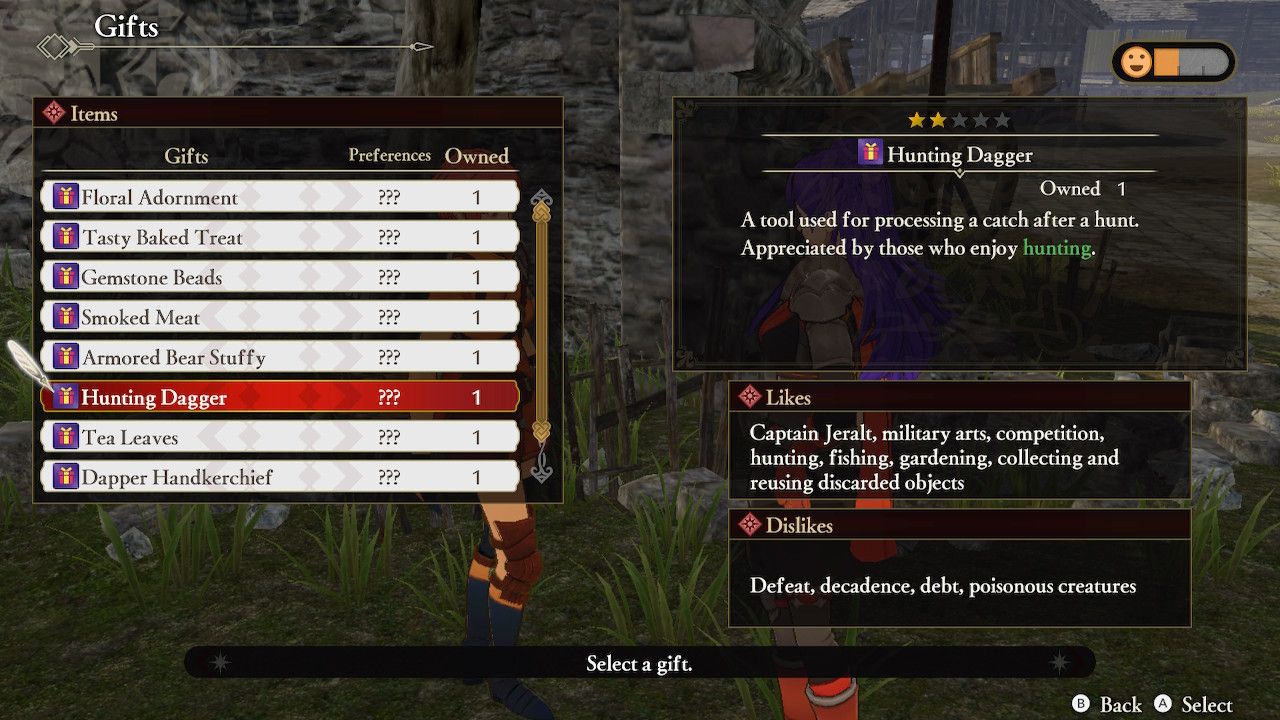 If you're just joining the good people of Fodlan for the first time with Three Hopes, you might find the game's gift system a tad bewildering. Here's the gist.

It's important to raise Support Ranks between your characters. Doing so elevates their effectiveness together in battle, improves them independently in their own right, and narratively speaking, it's where the bulk of the game's most memorable downtime scenes will take place. Since at least Fire Emblem: Awakening, there have been at least as many fans into the series for its characterization as its deep strategy battles, and this is the ultimate reward to that end.

Giving gifts to people provides notable boosts in their Support Rank with Shez. If you get them stuff they love, they're going to love you more as a result. Is it a bit unscrupulous? Perhaps, but let's just all happily pretend Shez is dropping big bucks on this out of the kindness of their heart.

Gifts can also improve a unit's morale. For a more combat-oriented reason to splurge, consider that Activity Points can only boost a unit's morale so much per chapter. Indeed, virtually everything is finite in this regard. Gifts are technically finite as well, since you can only purchase so many each chapter and that gold in your coffers can go to plenty of other tasks. But they offer something that more closely approaches boundless morale-boosting.

Time your gift-giving for when a unit's morale is low. Don't (partly) waste its potential rewards by forking it over to a person with a maxed morale meter!

Plus, it's just neat listening to your beleaguered friends express their appreciation. Who among us could deny the chance to hear Raphael's voice burst with glee because you handed him a chunk of meat? That's what we thought.

The Best Gifts for Every Character 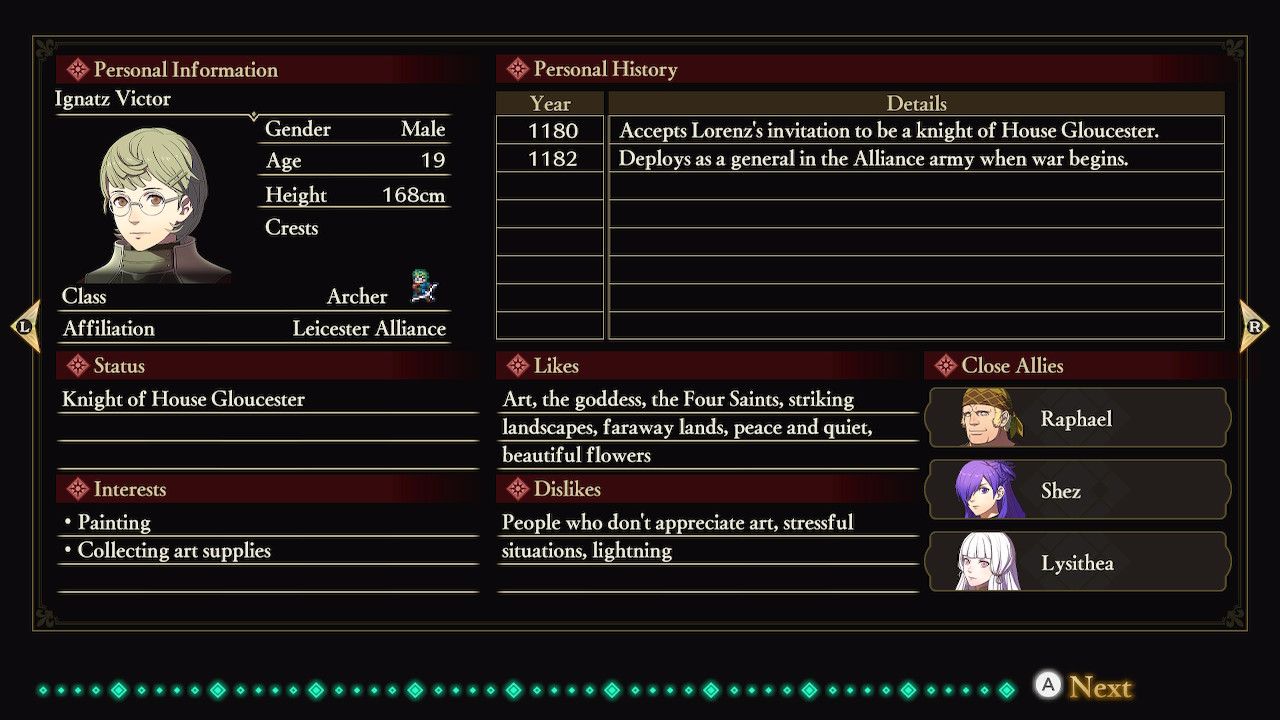 We're zooming in on the very best gifts we're certain your pals will adore. Feel free to experiment for lesser boosts, but always keep an eye on a character's likes and dislikes before you go handing Linhardt a Hunting Dagger. Or worse still, giving Lorenz a Watering Can.

Owl Feathers are beloved by all. They're never a four-star gift, which is the highest possible affection boost, but they're a completely reliable three-star gift for every single unit in the game. If you've got one, give it away. And if you preordered the digital version, check the Owl Perch for the occasional Owl Feather.

Great Gifts for Everyone Else

Beware of spoilers in this last section!