Blade Runner is the latest classic game from the '90s to make a comeback with the help of a remaster. Dubbed the Enhanced Edition, the latest version of the game boasts a number of improvements over the original, like upgraded visuals and support for gamepad controls.

For many years, the game had been relegated to PCs, even becoming unavailable for a long stretch until it resurfaced through a ScummVM version on GOG in 2019. And while the team at Nightdive Studios has done an admirable job in bringing the original game over to consoles, especially considering they didn't have access to its codebase, there are still certain aspects of their latest reconstruction that could do with some touching up. 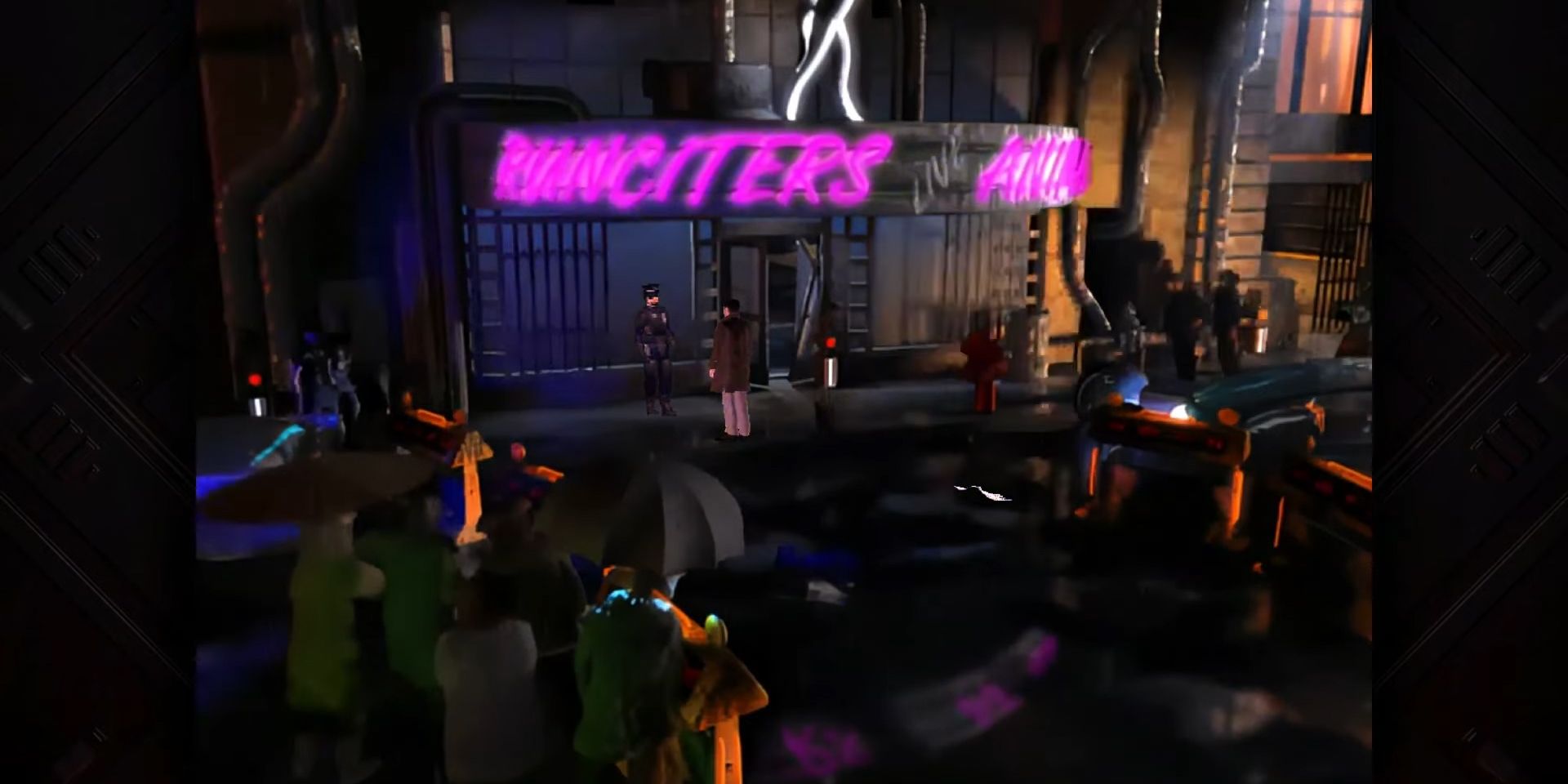 Blade Runner was always envisioned as a point-and-click adventure game, a genre that was already struggling to keep player interest in the wake of 3D action-adventure games when it was released in 1997. This meant that it was designed to accept all player inputs through keyboard and mouse, with the player clicking on various objects in the environment to move around and interact with them. With the Enhanced Edition though, the game now supports gamepads as a means of input, to better accommodate console players.

But it seems that in the move to get the game on consoles, some of its original interactions have been stripped out. You can no longer click on certain areas of the screen to move there, for example. The same goes for tooltips, which were textual hints and messages that used to be displayed whenever the player hovered the mouse over an object or menu item. This makes the new version of the game somewhat jarring for players of the original and an area we hope gets addressed through a future patch. 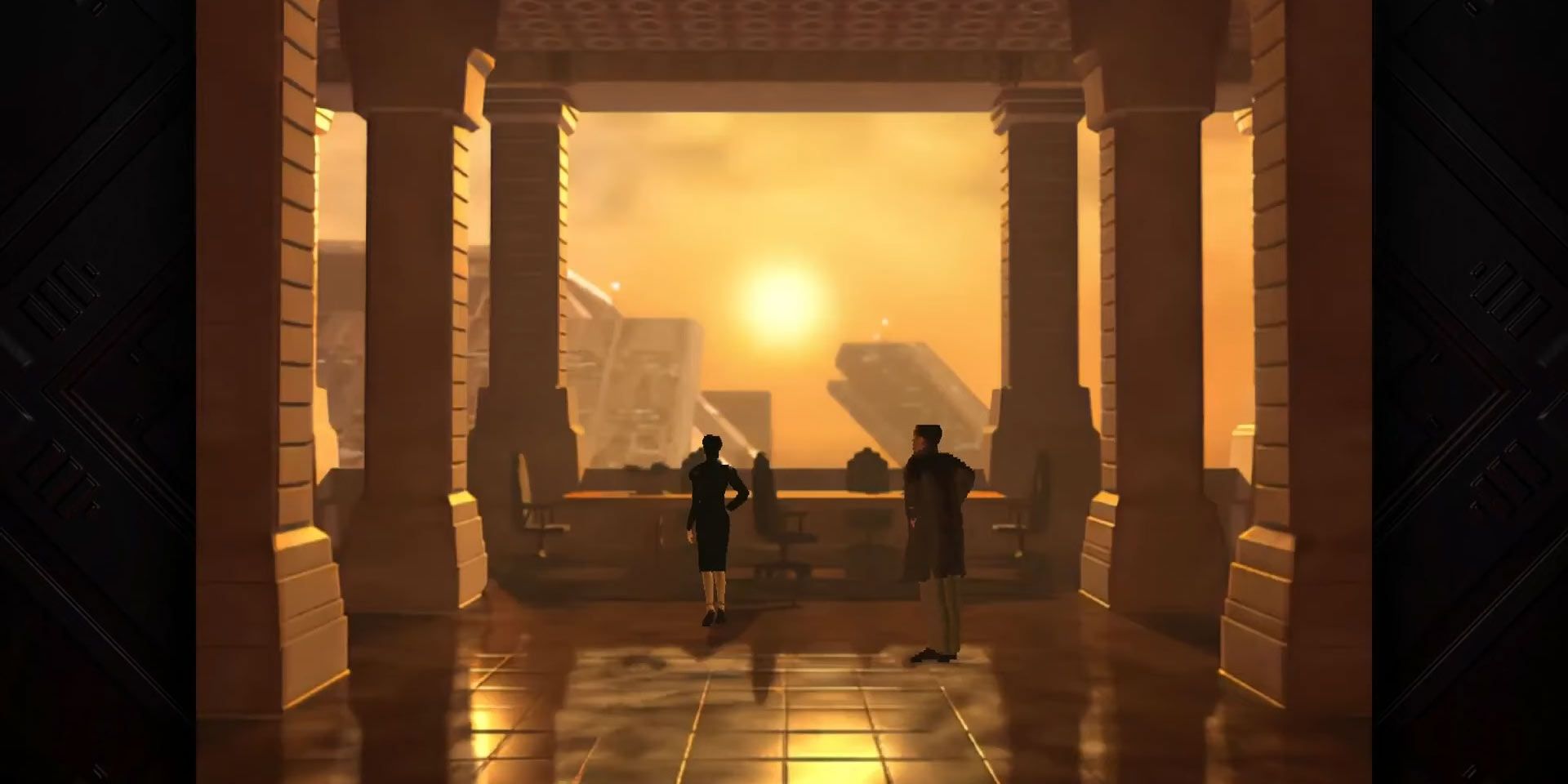 One of the main goals of Blade Runner: Enhanced Edition was to improve the visuals found in the original game so that they look better on modern 4K displays. This of course meant turning to AI upscaling to increase the resolution of the original low-res assets, as well as increasing the frame rate of its pre-rendered cutscenes from a choppy 15 FPS to a far smoother 60 FPS. But in so doing, a lot of the original game's visual identity has been lost in translation.

Backgrounds, while cleaner, now look noticeably blurrier, with a lot of the finer details found in the previous versions missing. There are also a number of weird visual glitches, like characters being overlaid in front of fog rather than behind it, or rain that doesn't appear as clear or intense as it once did. These details were what helped the original game's world feel as realistic and lived-in as it did, so to have them altered so drastically here almost makes the new game feel like a demake instead of a remaster. 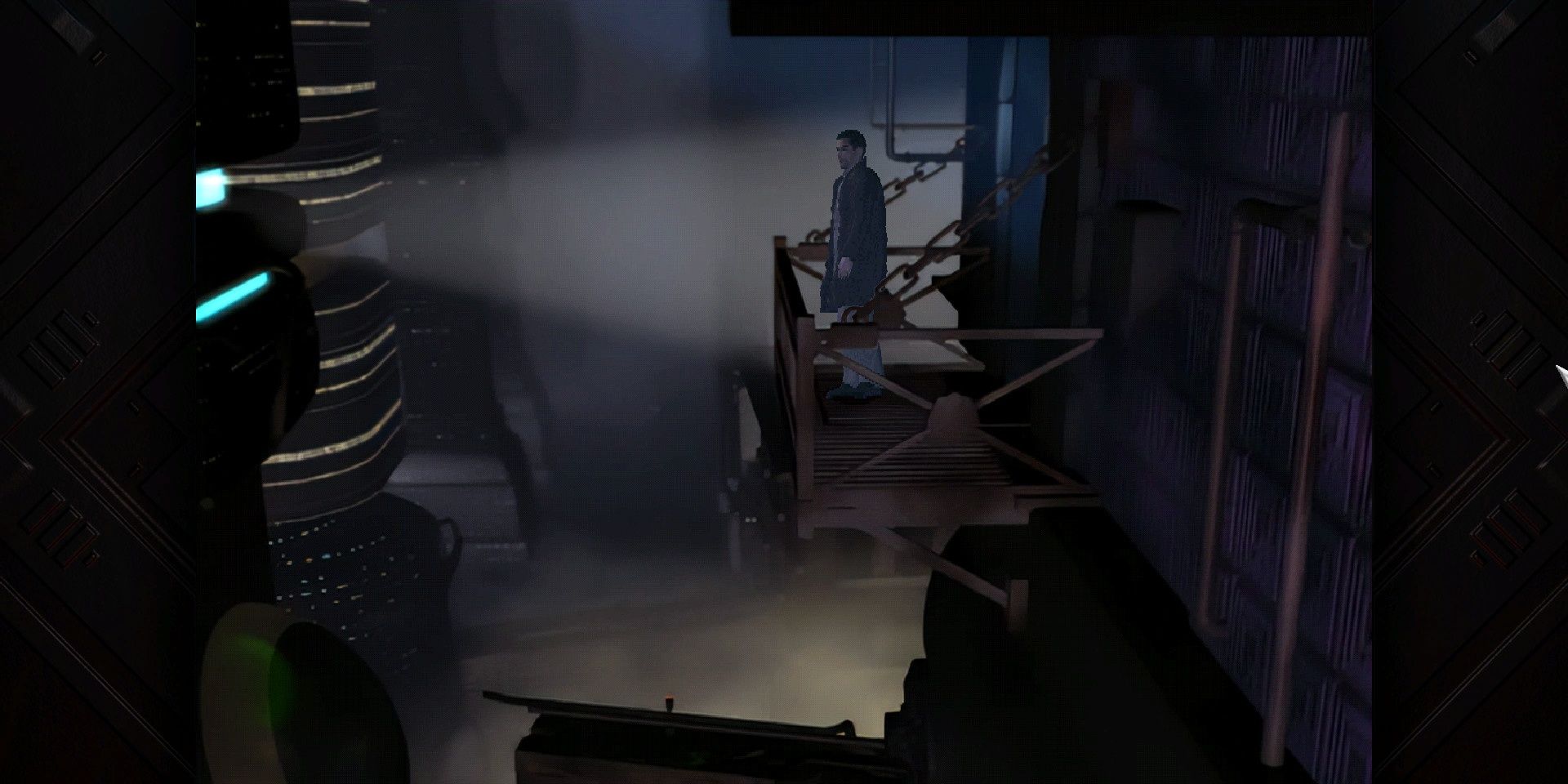 Blade Runner was quite clearly a product of its time, pushing its engine and developer toolset to their limit with its pre-rendered videos and backgrounds. The fact that many of these still hold up surprisingly well today is a testament to the art direction in the game, which was very much evocative of the locations seen in the film.

The same cannot be said about the characters though, which were comprised of voxel-based sprites and looked comparatively primitive even back then. Keep in mind that this was right around when 3D games like the original Resident Evil had already shown what could be done with polygonal characters on pre-rendered backgrounds. So the hope was that a remaster like this one by Nightdive Studios would have attempted to replace those sprites with fully modeled characters. However, that is not the case in the Enhanced Edition, which retains all the original assets, for better or worse. 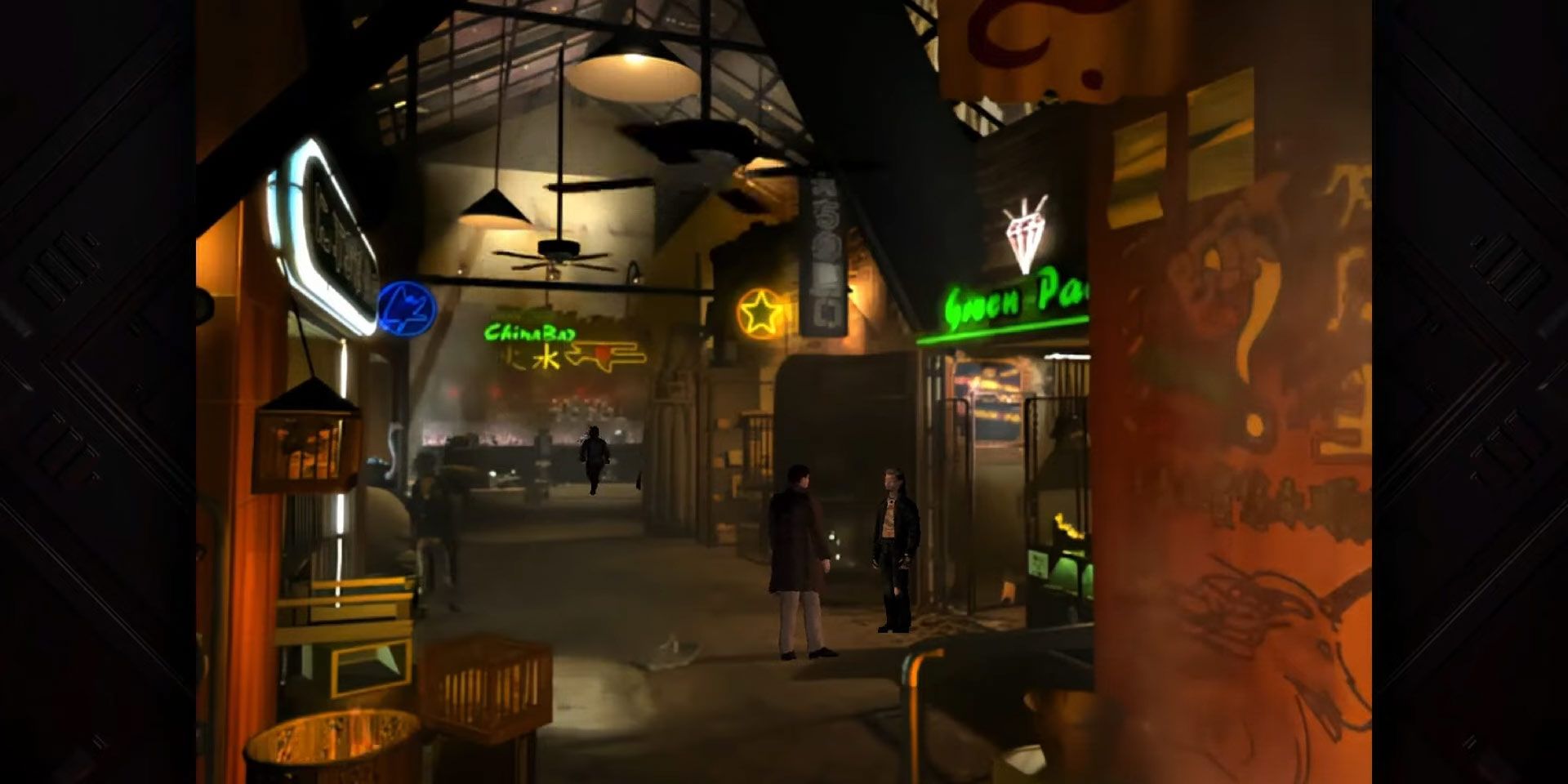 The visuals in Blade Runner: Enhanced Edition are not the only thing Nightdive Studios have tried to clean up, as the new version of the game has also introduced some audio-related issues. These range from background music cutting off abruptly in the middle of a scene, or during conversations when the same thing happens to spoken lines of dialogue.

The good news is that the game now includes subtitles for those players that prefer to read along with the voice actors, except these are presented in a harsh textbox with an unappealing font. And given how important the audio is to its overall experience, it's a shame we now have to deal with the aforementioned issues. 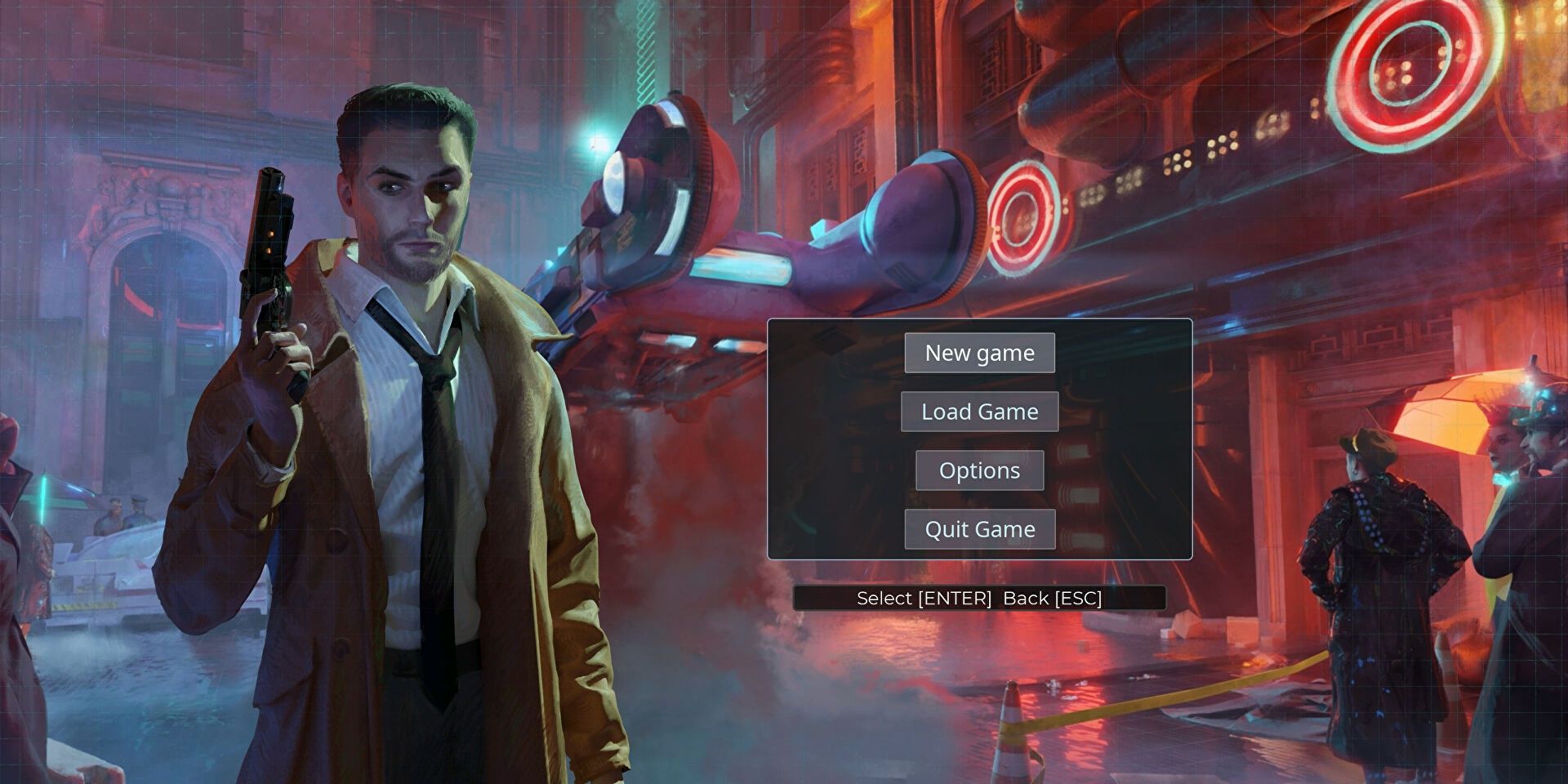 One of the myriads of changes included with Blade Runner: Enhanced Edition is a revamped user interface and menus. The original main menu that was evocative of some of the retrofuturistic tech seen in the film and game is gone, replaced by a more modern and user-friendly version. Everything is now where it should be, making the game much easier to navigate as a result.

The problem though is that these new menus lack all the personality of the originals. They look more like stock assets plumped into the game without any consideration for whether or not they fit its overall aesthetic. A more attractive variation that respected the original's look would have been better suited to the game, but what we have now lacks any personality of its own, making the whole thing look bland and underwhelming by comparison.