10 Things You Never Knew About The CD-i Zelda Games

A few years before the release of its magnum opus Ocarina of Time, the Zelda franchise had another interesting release. The CD-i Zelda games have become the star of many memes since their launch. You probably knew them all, but you may not how they came to be, or what the CD-i games actually are.

As interesting as their context may be, one aspect that's even more so is their weird and wonderful history. They are truly a product of the 1990s, the time when studios everywhere were trying to put famous game characters into other forms of media for marketing. Here is everything you didn't know about the Zelda CD-i games.

10 They Weren't What You Think 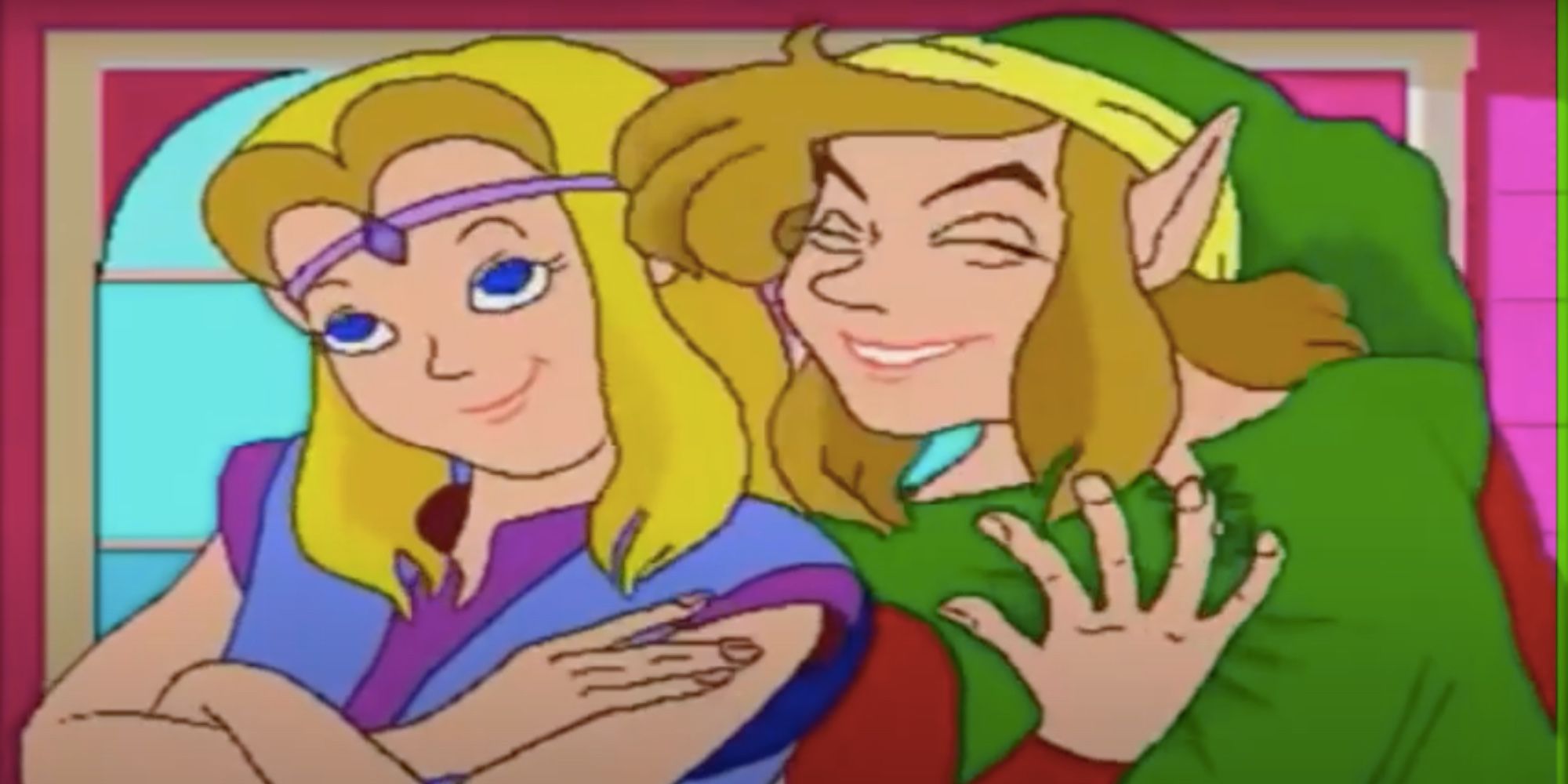 Technically speaking here, it wasn't actually Nintendo who made the games. Originally, Nintendo had been working with Sony to make a CD attachment for the Nintendo SNES. This didn't work out and Nintendo ended that contract but sought other companies to work with it on.

It made a contract with Phillips but ended up scrapping the entire project and ended things with Phillips after seeing the low sales for Sega's own CD attachment. However, Phillips retained the rights to five Nintendo characters to use in their own projects, including Mario, Zelda, Link, and Ganondorf. 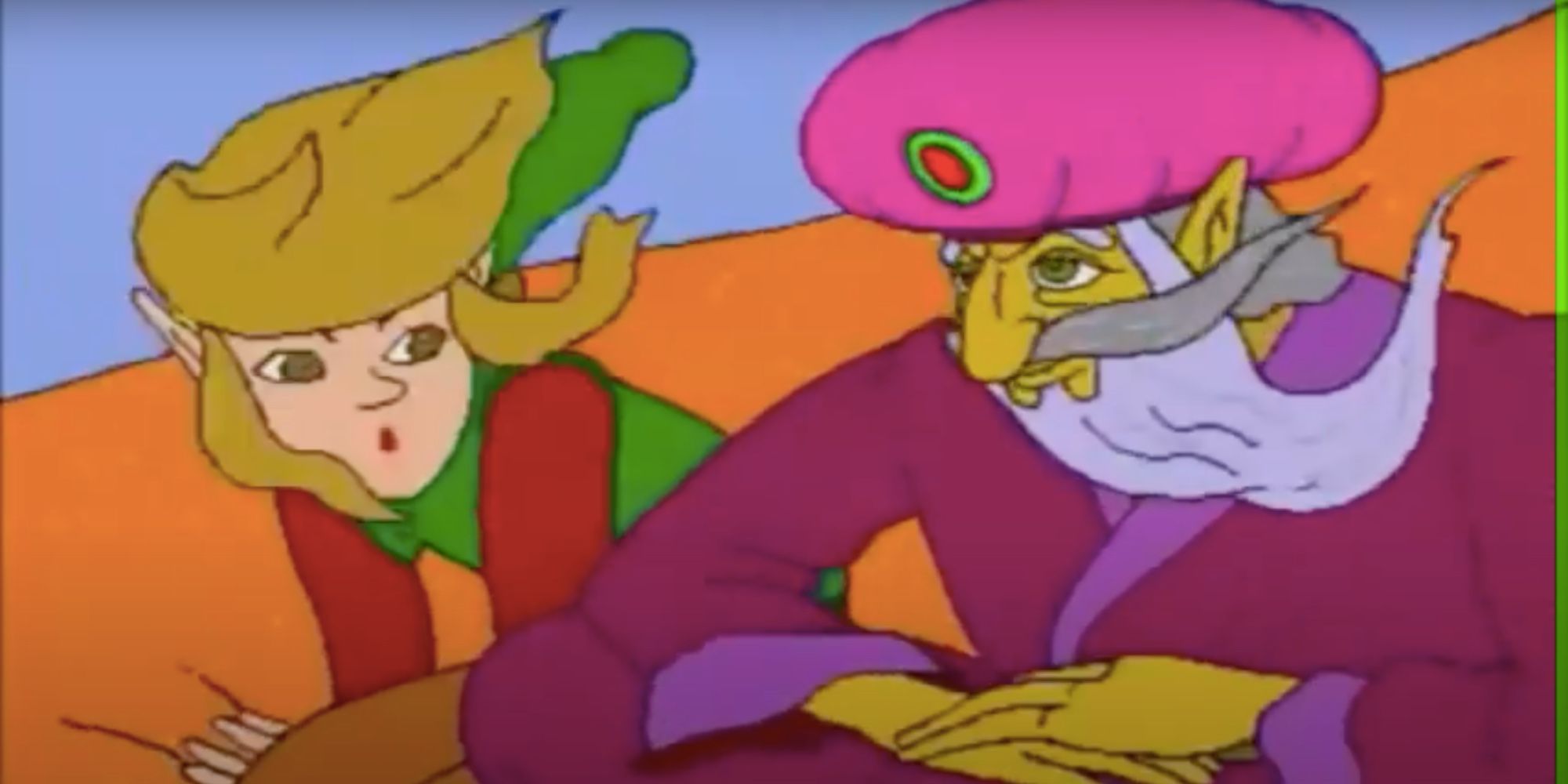 The CD-i was originally meant to be an all-purpose device rather than a console. Steve Yellick, the original head of the console's development, knew very little about games. In fact, the higher-ups at Phillips' publisher American Interactive Media did not like or want the development team to make video games originally.

However, once the system was released, the only thing that sold well was the video games they created for it. As a result, the group was directed to focus on solely making games from there on out.

8 They Were 2D For A Reason 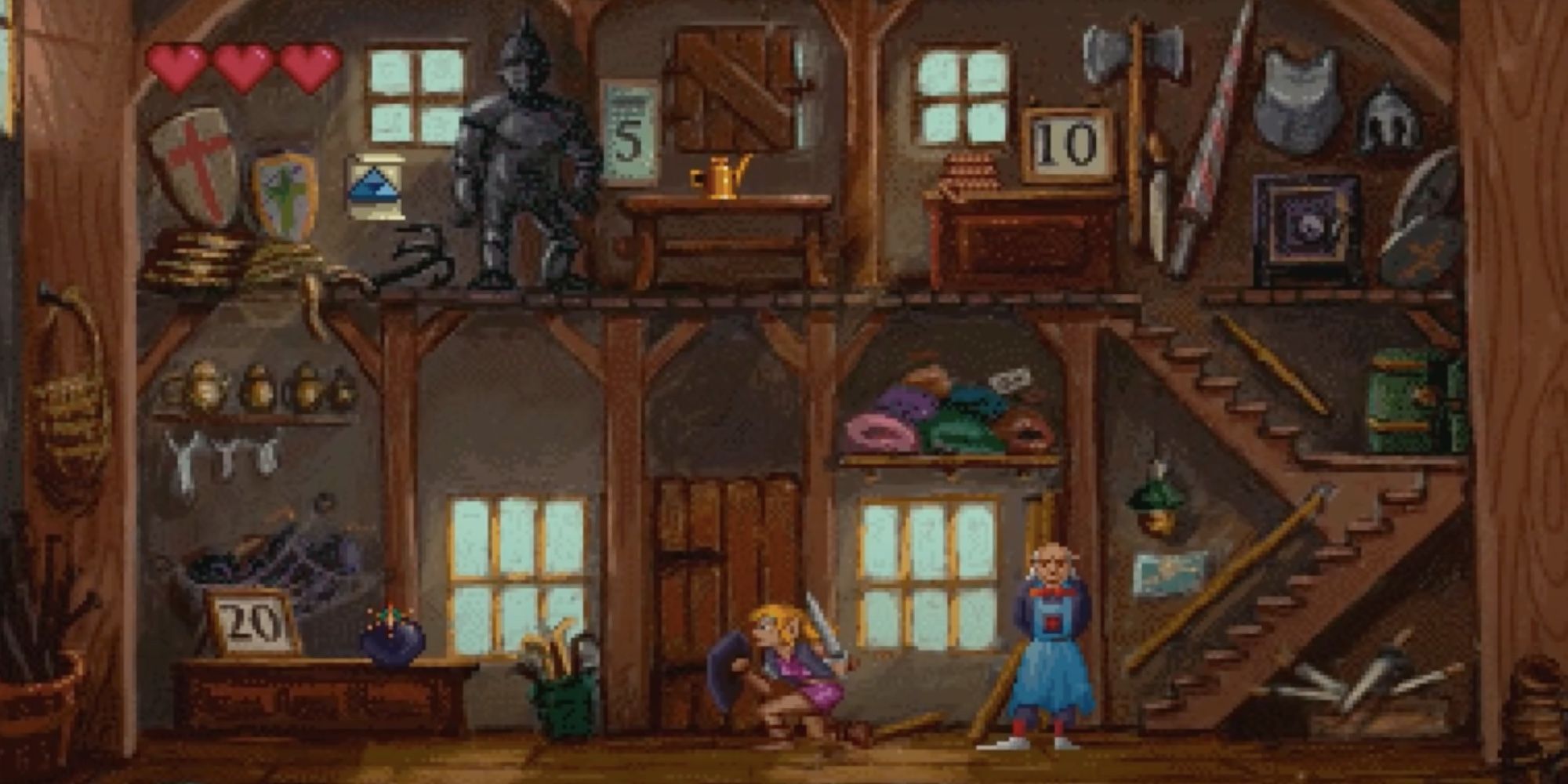 If you ever play the Zelda CD-i games, it's important to go in with the mindset that they are not like traditional Zelda. If you ever wondered why the games were 2D as opposed to top-down like most Zelda games of the time, it's because Phillips was not a fan of the style of how top-down looked.

Phillips felt it was a dated art direction, so it had the creators go with side-scrolling instead. This didn't go over too well with Zelda fans who preferred the top-down style of the other games.

7 They Were Inspired By Disney 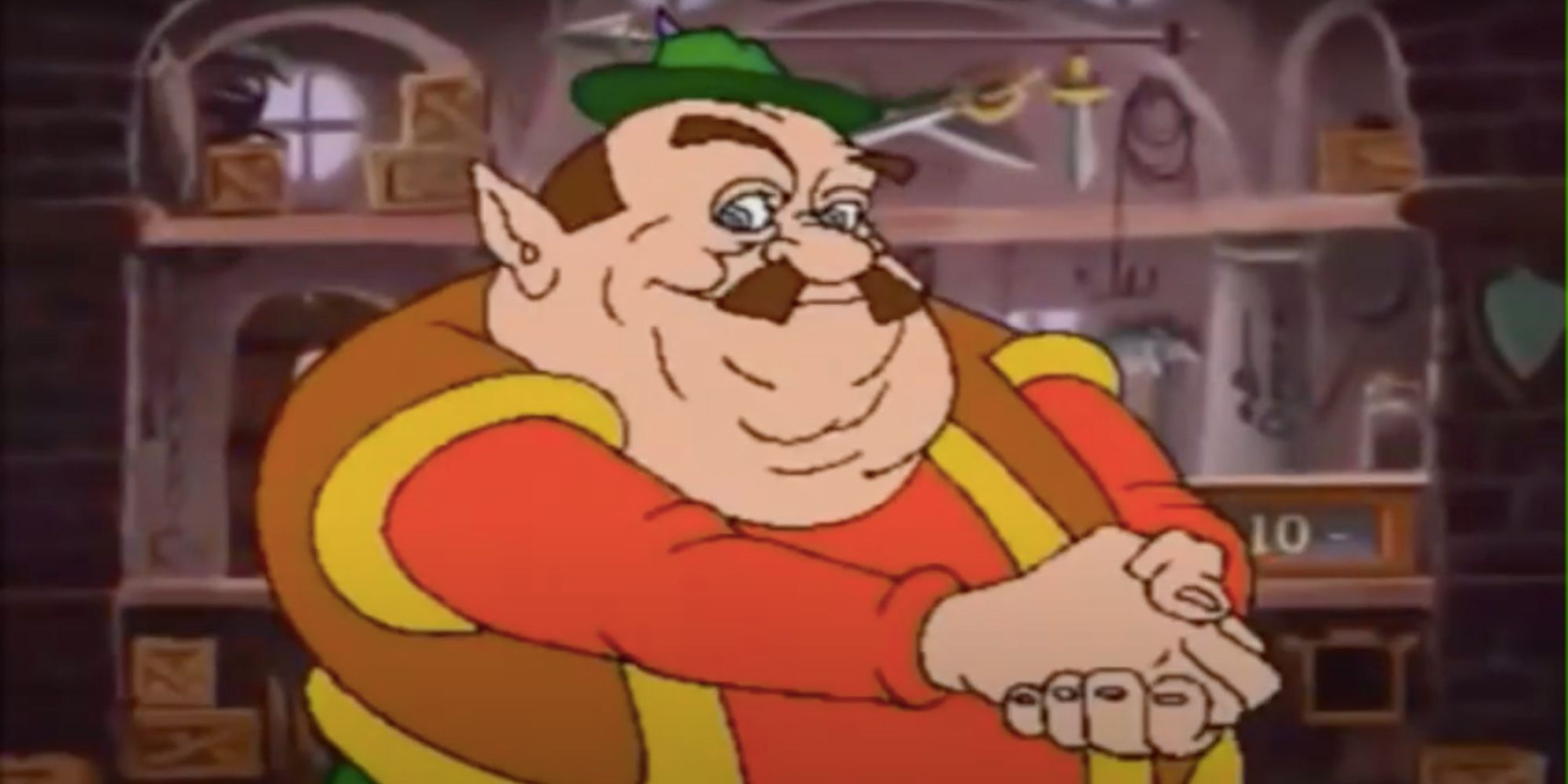 Different artists were brought in to create the backgrounds and character sprites for the game. Some of the scenery is inspired by the art style of the original Pinnochio Disney movie.

Pinnochio had been re-released in theatres in 1984 and then 1992, so it experienced a brief resurgence in popularity at that time. Artists worked tirelessly on the landscapes, but because the CD-i was a limited piece of technology, the images couldn't be bigger than a certain size.

6 They Were Subject To Poor Timing 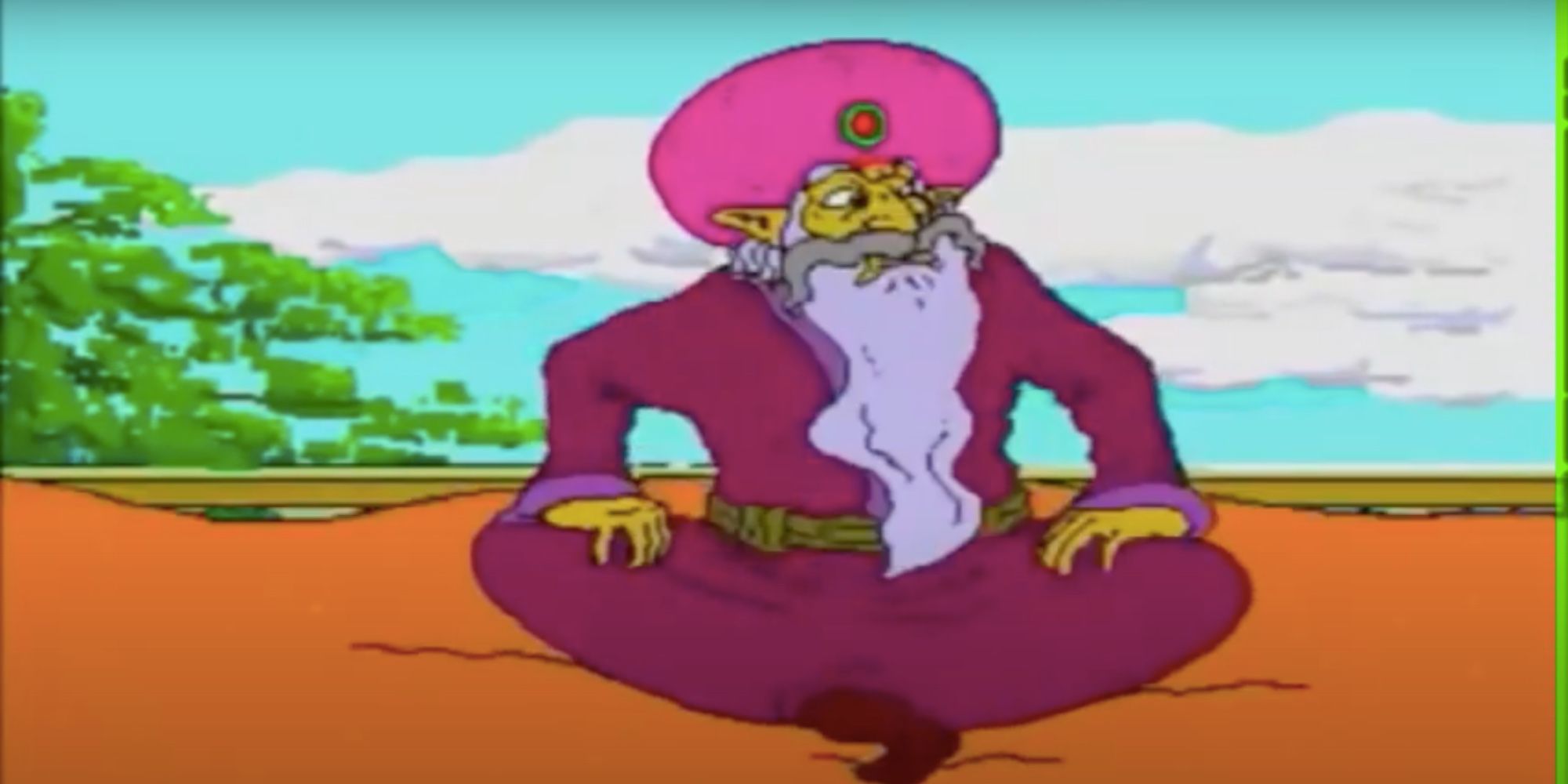 Technology pioneers quickly, and the CD-i was cursed to this fate. Its development was delayed for almost four years, and by the time it was released, there were more modern projects that could be completed faster compared. This is another factor in the poor reception of the Zelda games on the console, as, at the time of their release, it was difficult for them to stand up to others in terms of quality.

Nintendo had just launched A Link to the Past for the SNES and Link's Awakening for the GameBoy, so it was difficult for people not to compare, as both were popular.

5 They Were Expensive To Play 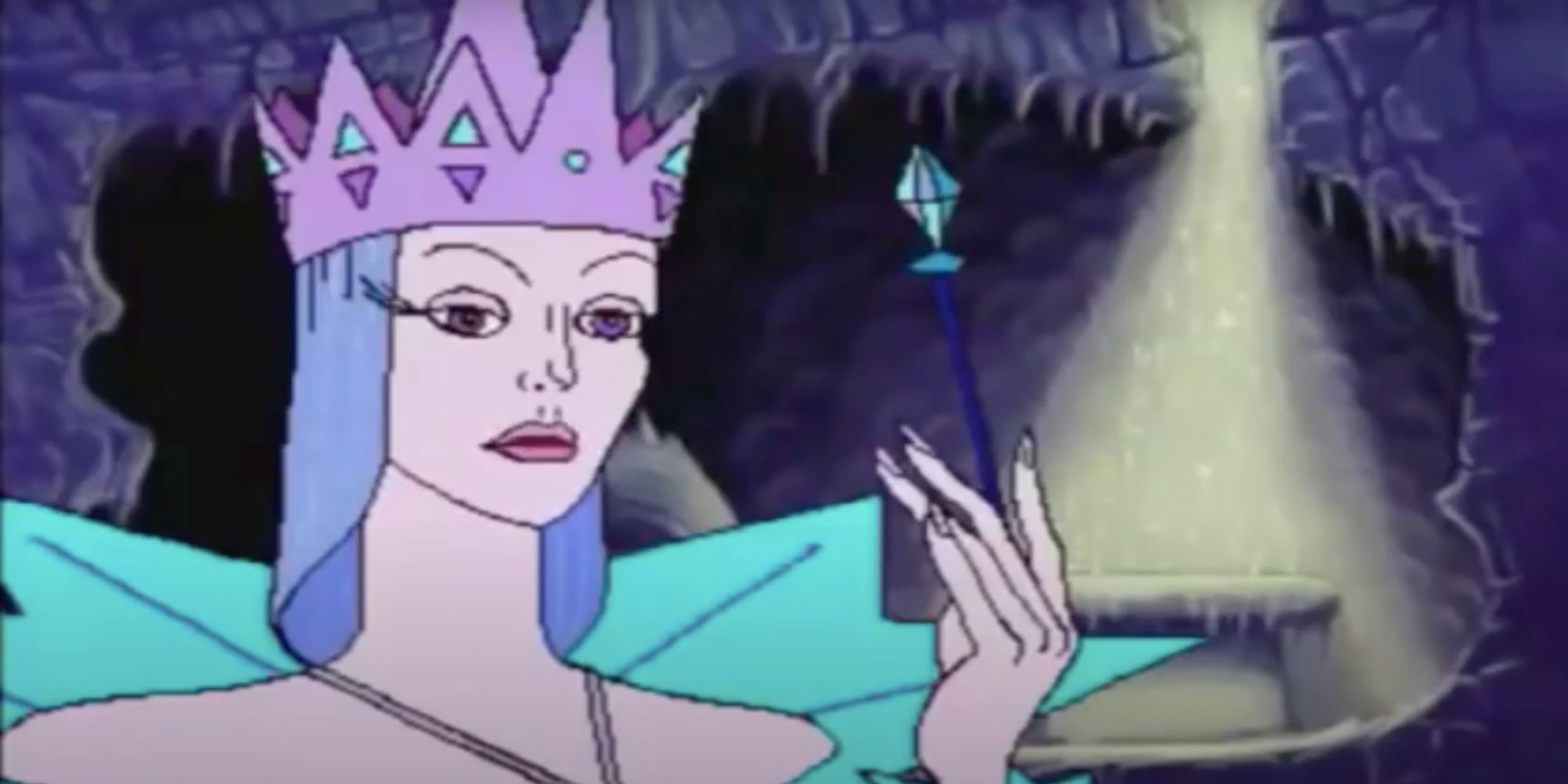 The CD-i cost around $800, which is a high price point even compared to most of today's popular consoles. Therefore a lot of people didn't have it, meaning many have never actually played the games.

As such, many of its poor reviews simply came from consumers who saw footage of gameplay and made judgments based on that. Those who did play were surprisingly positive about it.

4 All The Animation Was Done By Hand 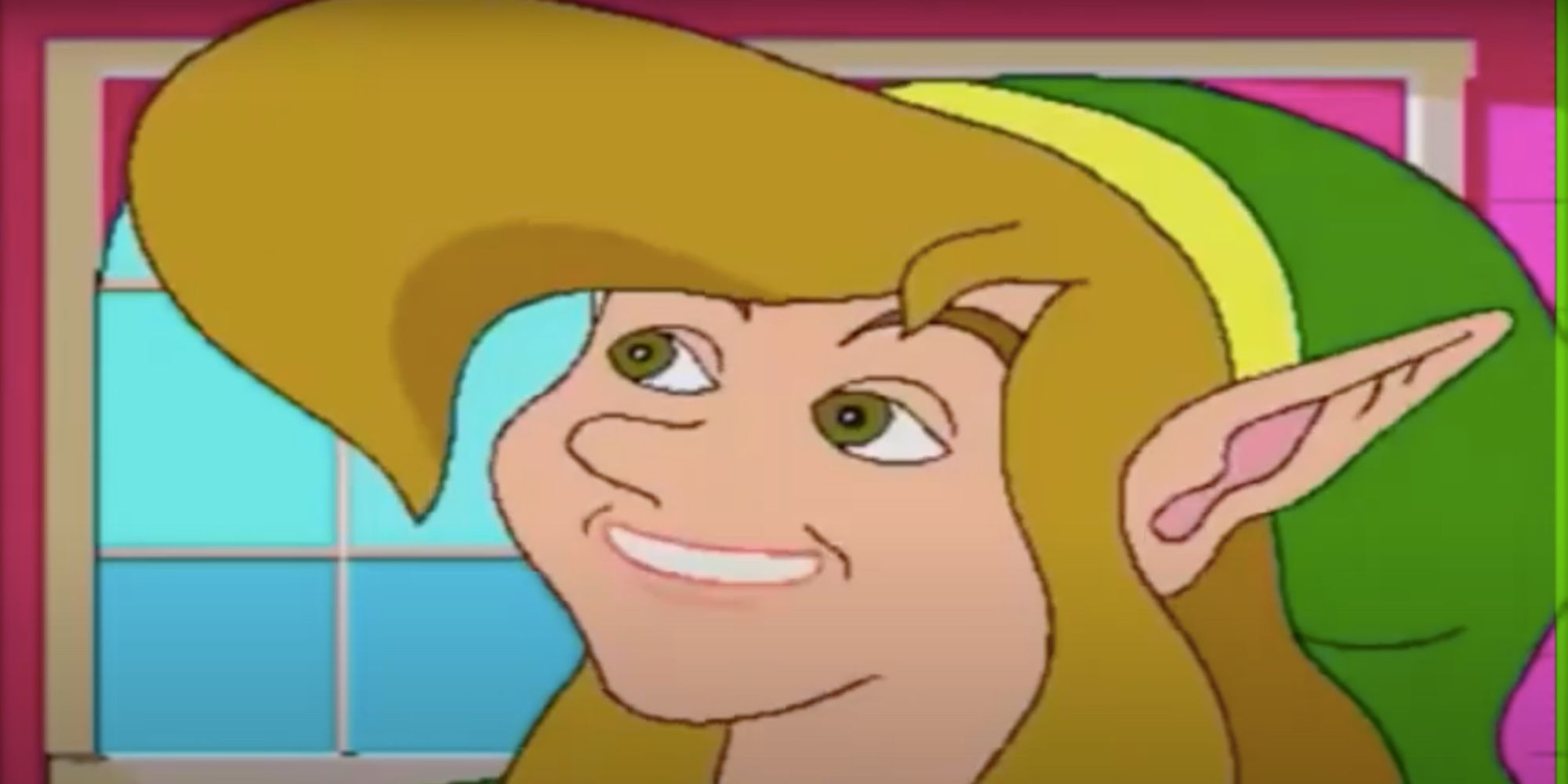 The animation was outsourced to a Russia-based 2D animation team who had done the animation for many other films. The team brought a group of designers from Russia over to the United States for six months to work on the project with the rest of the team. The animation would be done by hand, scanned into a computer for edits, and then transferred directly into the CD-i.

3 There Was A Third Game 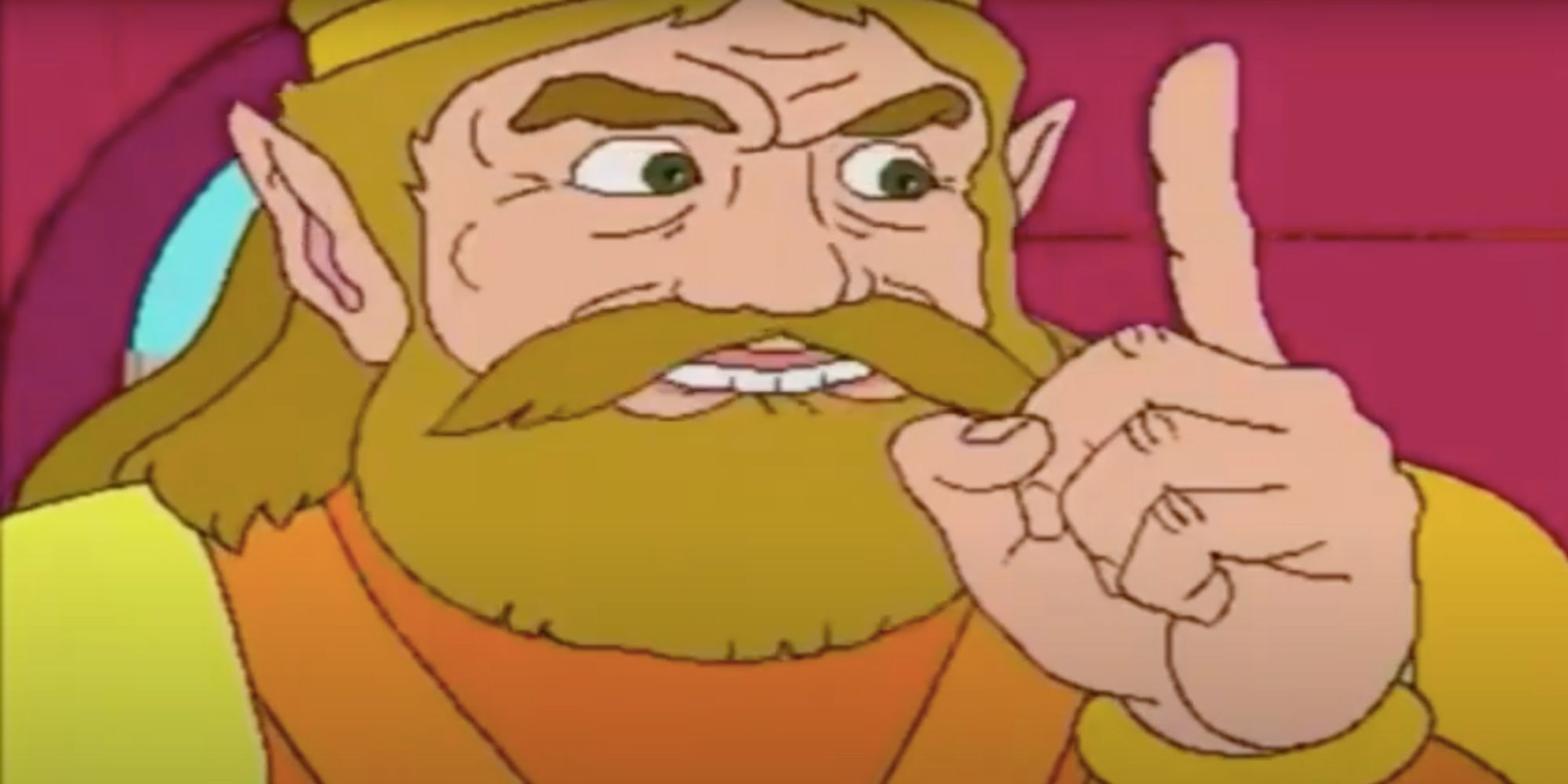 The two games released on the CD-i were called Link: The Face of Evil and Zelda: The Wand of Gamelon. Gamelon was the very first game where Zelda was a playable character as opposed to just needing rescuing. Although not considered canon, this was where Impa's first in-game appearance took place. Before that, she had only been mentioned but never seen. There was even a third Zelda game released on the CD-i called Zelda's Adventure, but it was considered worse than the first two and is believed to have been released unfinished. 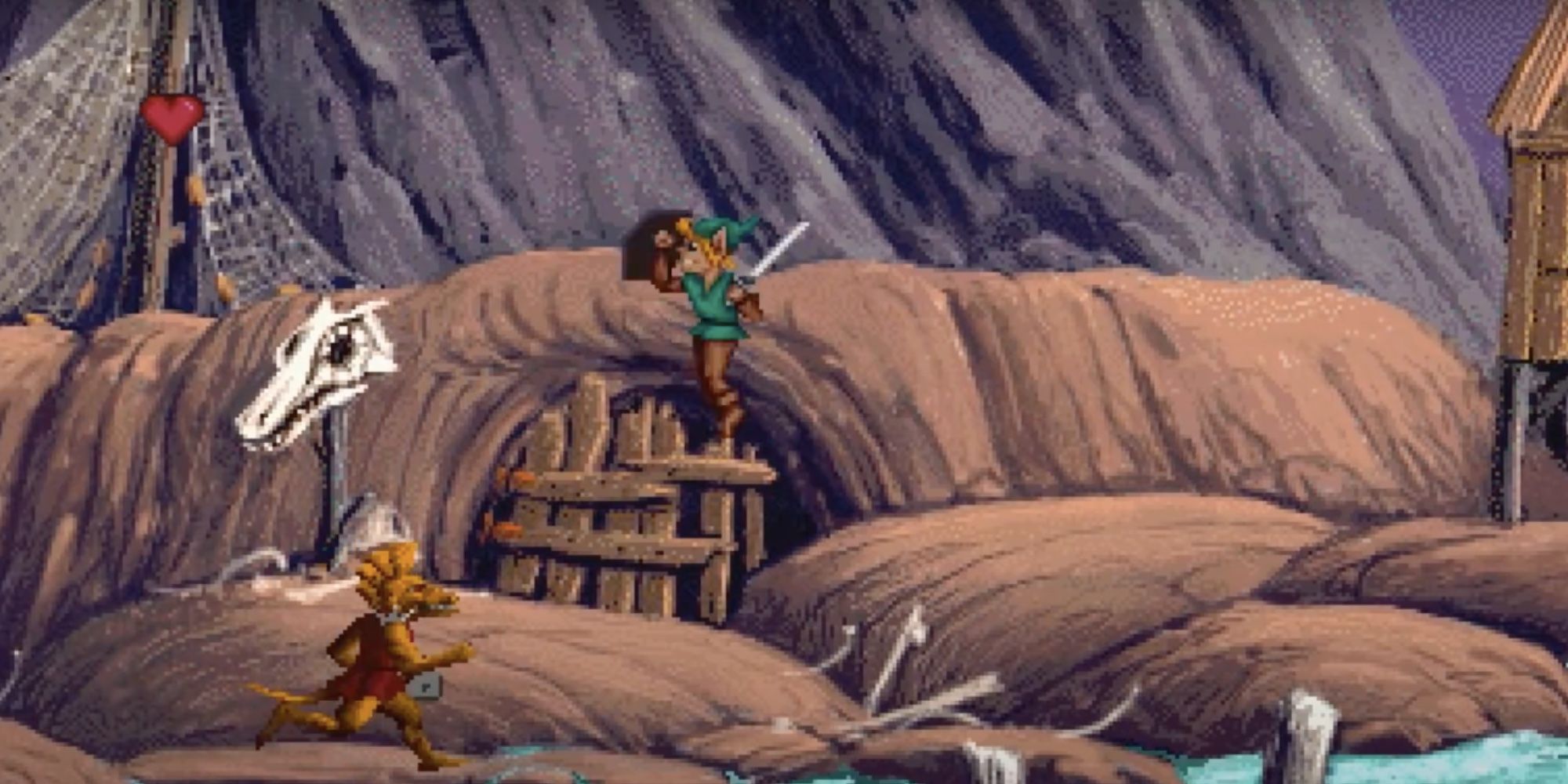 Each game had around 10 minutes of 2D animation. This typically took a long time to edit, which is why it was a small amount of footage. Both games were completed within a year's time, including the soundtrack, animation, and gameplay, which says a lot for a small studio with a limited budget.

The animation studio, Animation Magic Inc, would go on to do the animation for other games before closing down in 2001 after being bought out by Vivendi Universal Games.

1 A Lack Of Guides Negatively Affected It 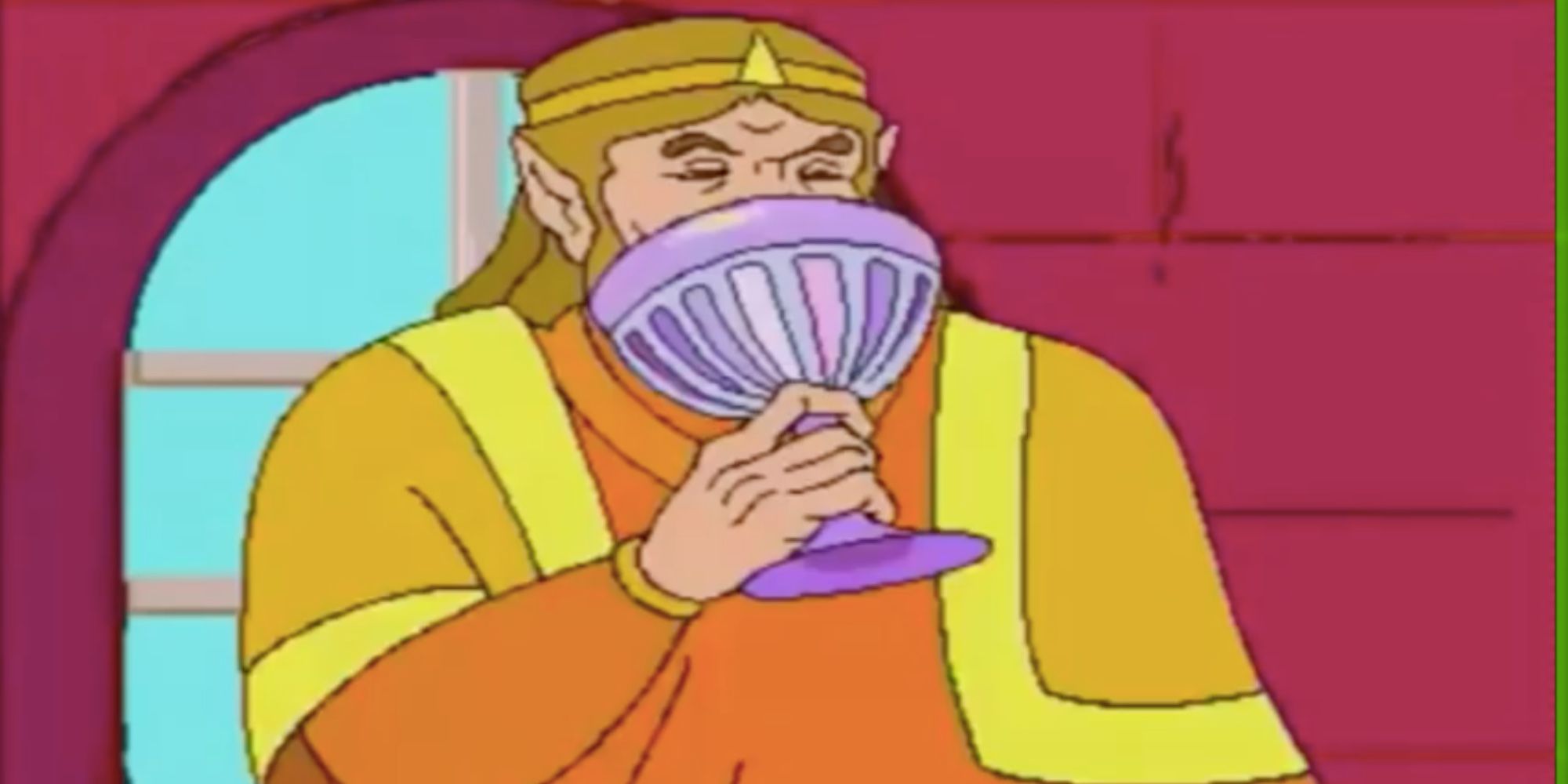 These games are a product of their time in more than one way. One of the reasons they were not well received was because people didn't know you were supposed to play them with the hardwired controller. However because it was hard to access guides back in those days, there wasn't a way for people to know they were supposed to do that.

The only reliable way to send out that necessary information was to have some sort of guidebook or tips in a magazine, but that simply wasn't available for either game. This lack of communication ended up hurting both games.