10 Things We Wish We Knew Before Starting Going Under

Going Under is another hack-and-slash roguelike game to add to the pile along with other fantastic titles such as Hades (a recent NYGA Game-of-the-Year winner). Still, Going Under & Hades might both be in the same dungeon-crawling genre & are both incredibly fun, but they’re also insanely different, which is actually refreshing for this genre.

Going Under (which just released its new “Working From Home” update) is a game full of charm, comedy, corporate nihilism, & a bit of janky-ness. But, there’s a lot about it that players don’t really figure out fully until they’ve already completed most of the game. So, to help players enjoy Going Under’s mechanical complexity a bit earlier, here are some tips players show know ASAP. 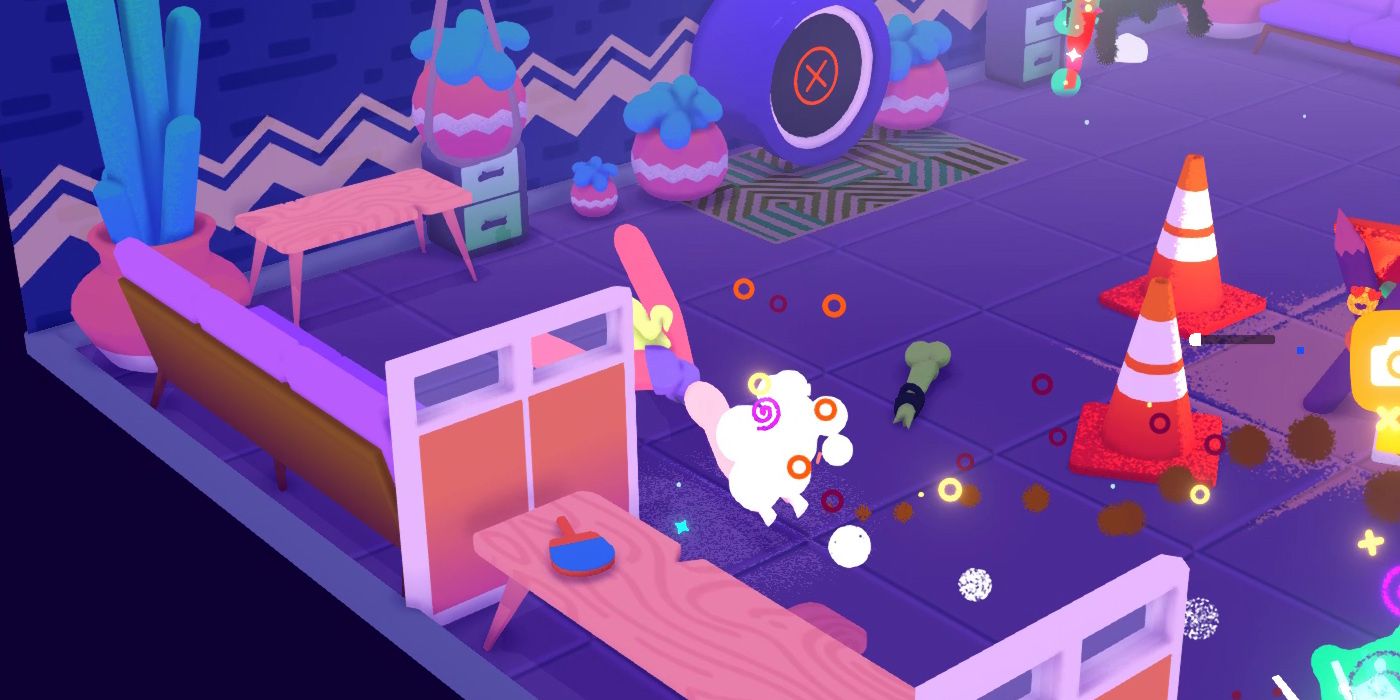 The ability to cancel an attack animation & into an evasion animation is called “dodge canceling” and it’s something made popular by Character-Action games that is also pretty important in roguelikes. But, whenever Jackie swings her weapon (especially a heavy one), she’s sort of locked into that animation. She’s not 100% locked-in, but it’s certainly a lot more restricting than most other games in the same genre.

Also, players should know that Dodging in Going Under isn’t the same thing as Dodge Rolling. When players press the “dodge” input while focused on an enemy, they’ll Dodge with a slight hop, but if they press it while unfocused, they’ll Dodge Roll. Both of these functions are useful in certain situations, and knowing when to Dodge & when to Dodge Roll can be very helpful for the more difficult areas.

9 Rolling Over Items With Empty Hands Picks Them Up 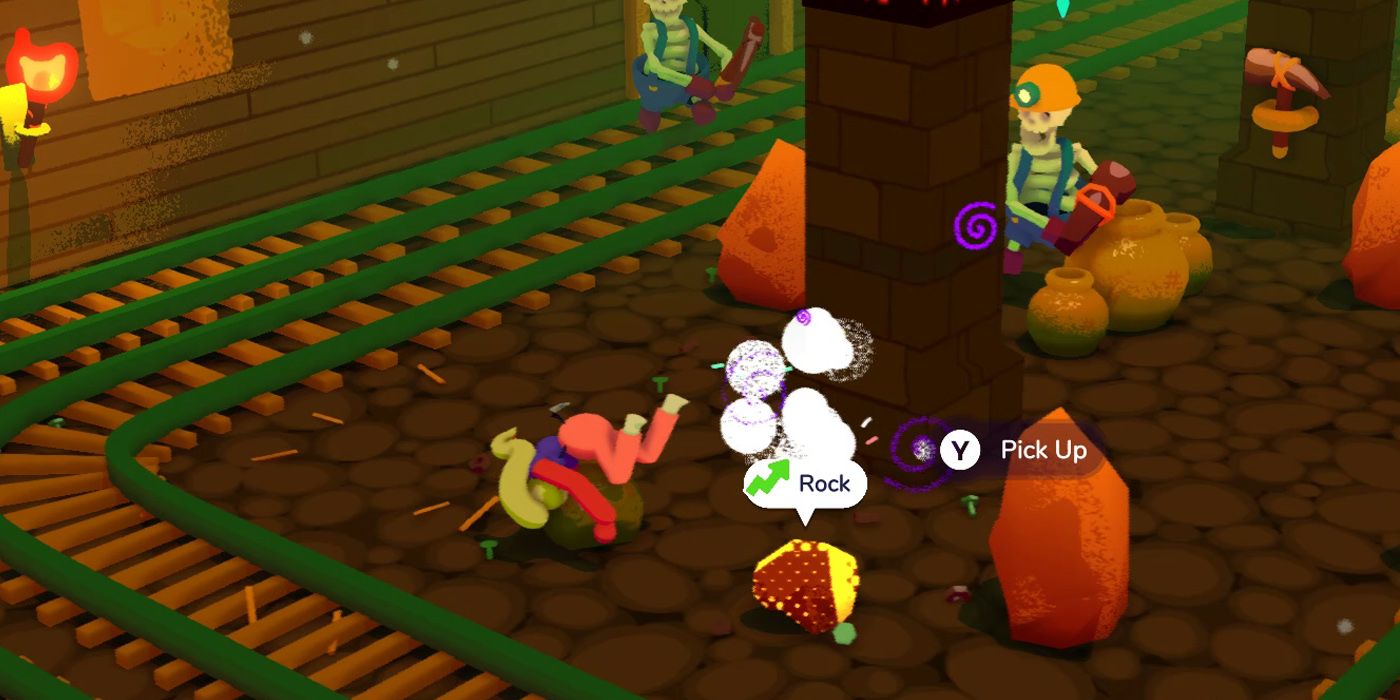 Speaking of Dodge Rolling, Going Under actually adds new levels of complexity to the older roguelike mechanics, which is usually a sign of an iconic indie game in the making. The primary example of course is Jackie’s ability to pick up items simply by rolling over them. This doesn’t work for extra-heavy items like chairs or boulders, but most other items Jackie can simply roll into & it’ll automatically be equipped in-hand.

8 Careful Not To Leave Apps Or Food Behind 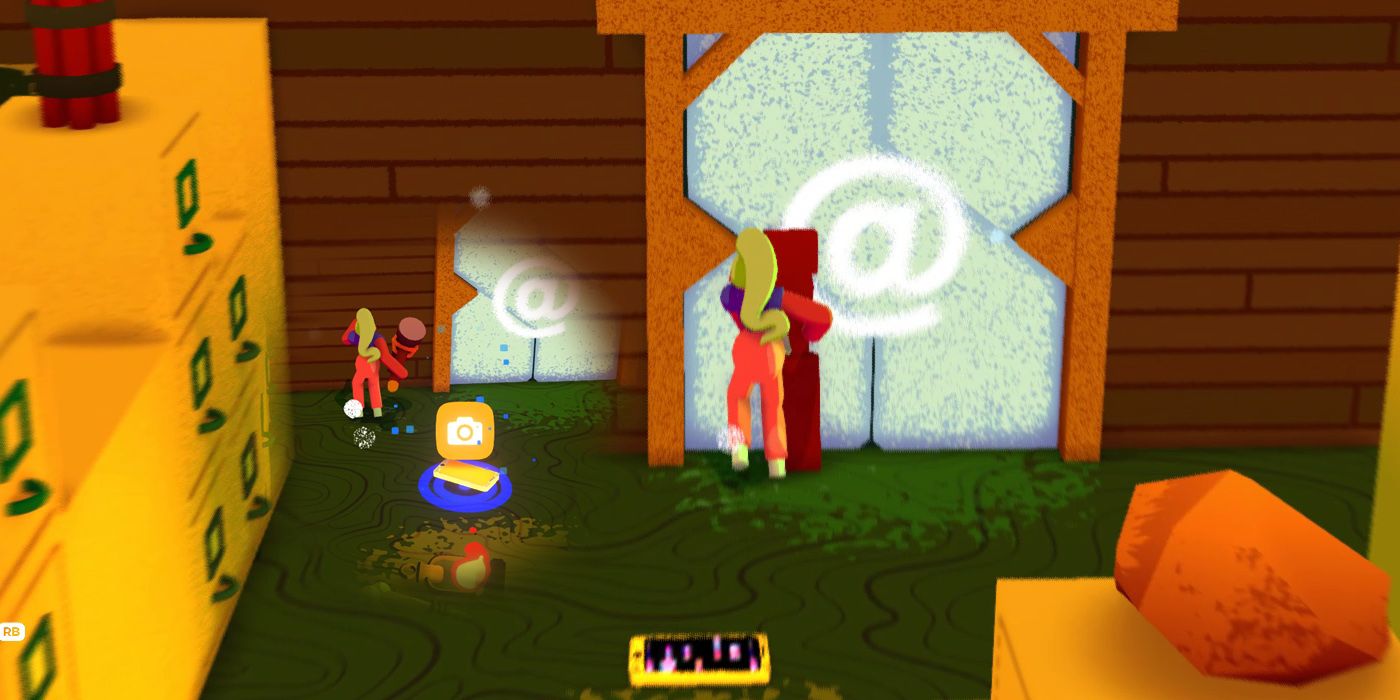 The whole inventory system of Going Under is pretty neat. Frankly, it feels reminiscent of classics like Dead Rising’s (which was part of January’s Games with Gold for Xbox Live members) inventory system in a couple of ways. In both games, over time, players start to figure out odd tactics like leaving stronger weapons behind in rooms that have already been cleared so they can come back & grab them for the final room.

But, be careful, because Apps & Food items lose all their benefits once the player leaves the room. To be more clear, Apps turn into Bricked Phones & Food becomes inedible.

7 A Bit On An Explanation On “Smart” Weapons 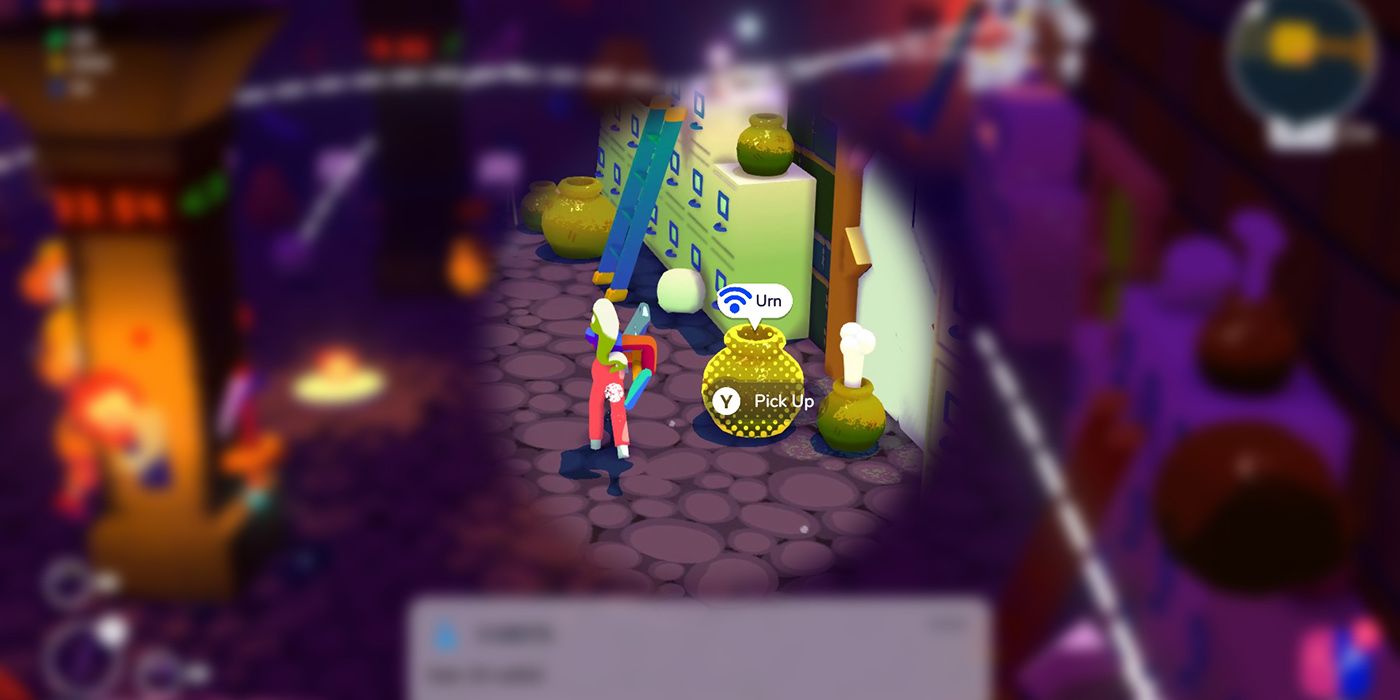 That last effect, Smart, isn’t exactly super clear in its function. Basically, Smart weapons automatically throw themselves at whatever enemy they were tossed at over & over until either the opponent is dead or the item itself breaks. 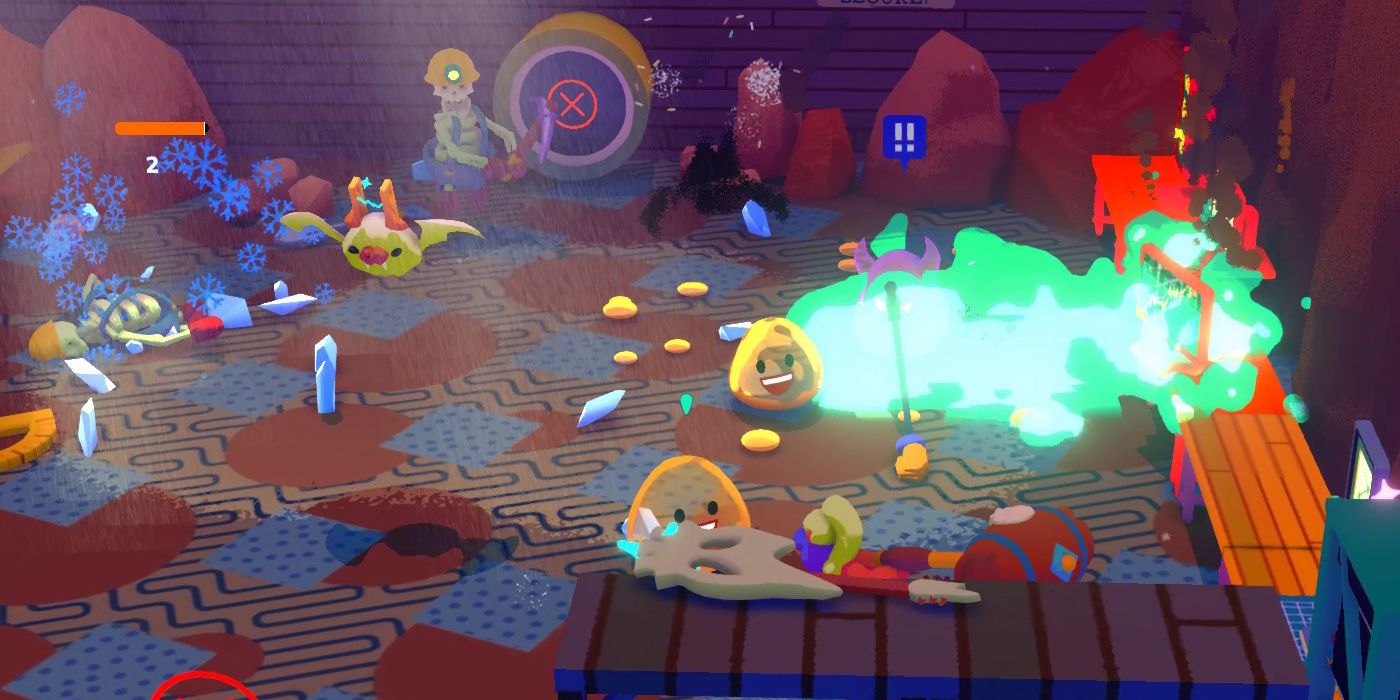 Too many Going Under players are sleeping on Fire Damage, and that’s no good. That’s right, there are status effects in this game, in particular, Jackie can Burn, Freeze, Electrocute, Stun, or Charm her enemies. Each Status Effect has a variety of Skills that they benefit from, but Burning is by far the best, here’s why:

This is all to say that players should be picking up & using fire-based weaponry, like torches or Gas Lamps, as often as possible. But, be careful, because Jackie is just as susceptible to fire as the enemies are, and it can burn away fantastic items pretty quickly.

5 How To Get Items From High Shelves 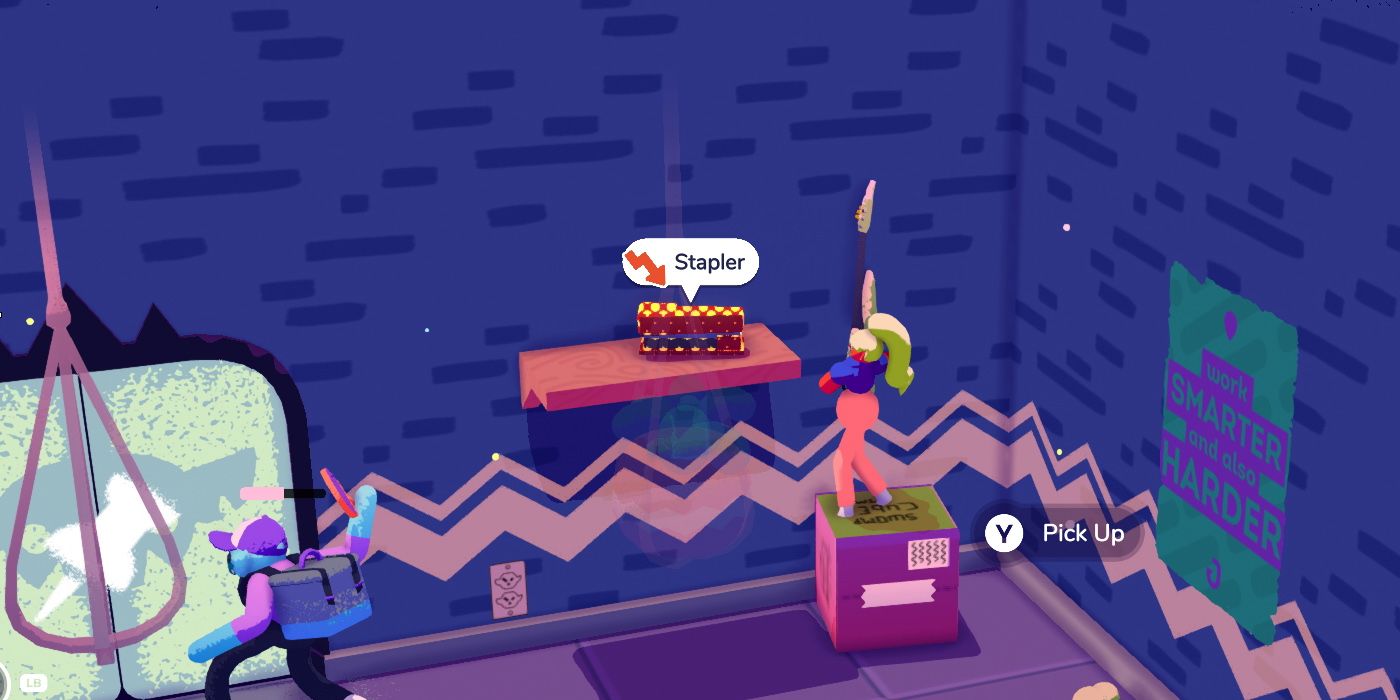 New players might have noticed on their first run through Joblin that there are a variety of fantastic weapons just out of their reach on the shelves. Thankfully, these weapons are possible to grab, and there are a few ways to do it too, such as:

But, all of these methods have a chance of hurting the weapon on the shelf, lowering its overall Durability. Thankfully, there’s one method to get them that doesn’t hurt it at all, and that’s abusing the collision of the game. Running up against piles of dirt, boxes, chairs, & many other items allows Jackie to “climb” them in a sort of way, and players can use this to their advantage. 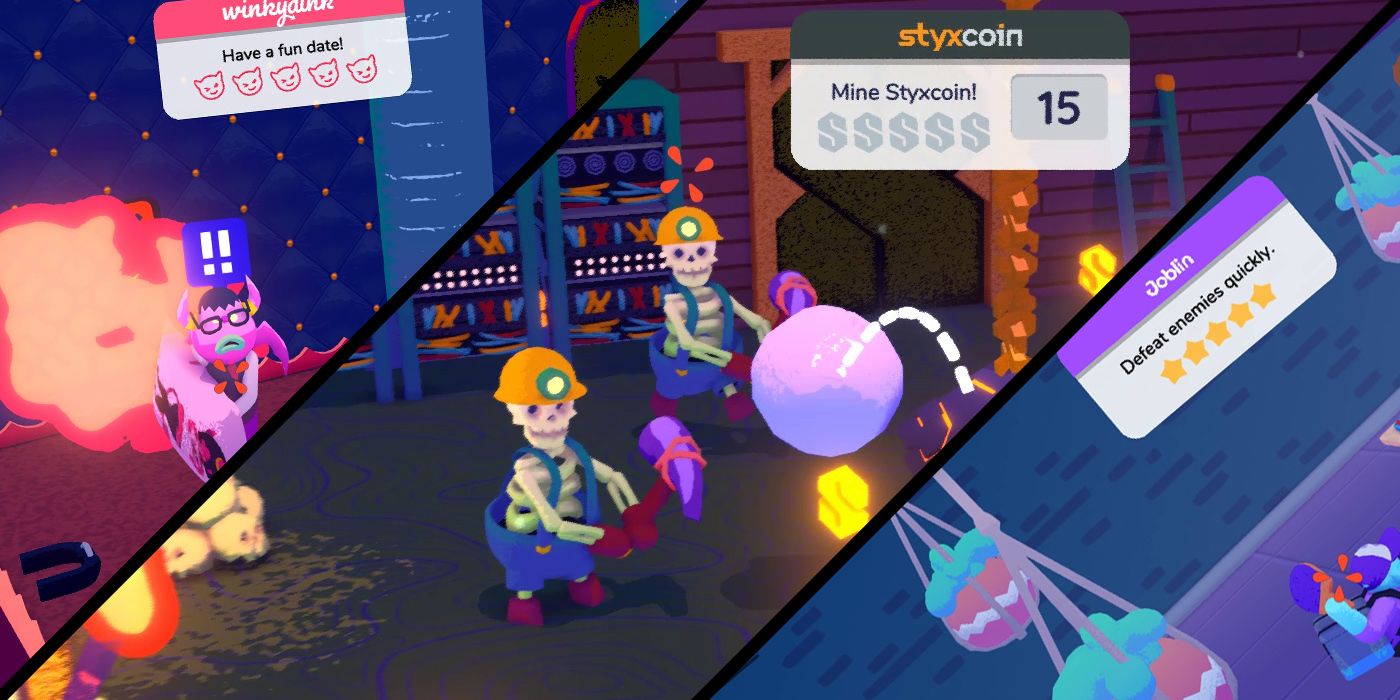 There are certain rooms on every floor of Going Under’s dungeons that are marked on the map with a cautious symbol. Interacting with the floating icon within these rooms starts a “Job” of sorts that Jackie can earn a variety of rewards from. But, for players who are new to the game, it can be a bit unclear what exactly they’re supposed to do in these rooms, so here’s how they all work:

– Ignore all the enemies & run around picking up Styxcoin, but, it’s almost impossible to get the max ranking by using this tactic.

– Kill all the enemies in the room with enough time on the clock so that Jackie can pull in all the Styxcoin. But, this isn’t nearly as easy to do as it is for Joblin, as the time restriction is pretty harsh. 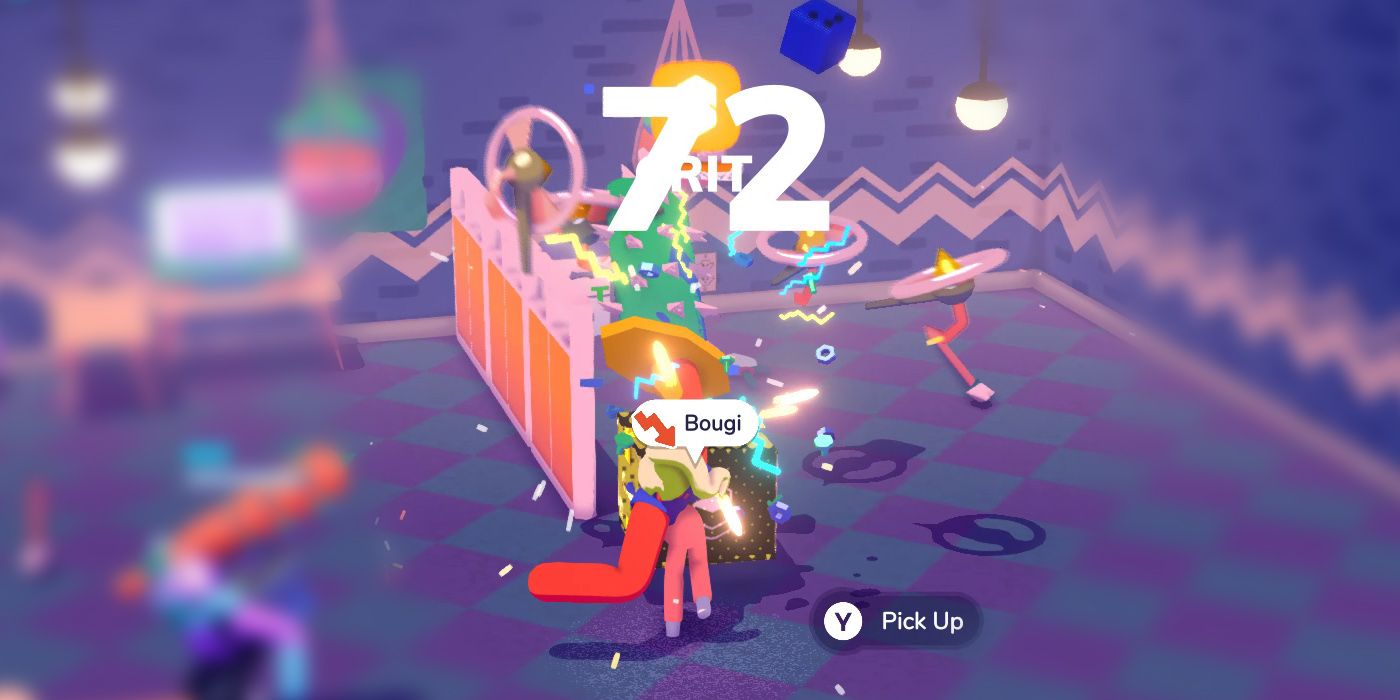 Most players only figured out this was actually possible after getting to Kara’s sixth mentor task, but yes, Jackie can actually destroy the drones that drop off those Loot Cubes. It’s a bit awkward, as they’re usually just out of reach, so a weapon with an uppercut-esque move is usually needed.

The best thing about breaking these drones is that 90% of the time they’ll drop an App from their body. And, anyone who has attempted the newly added Overtime mode should know that every single can of Fizzle, App, & Skill makes a huge difference.

2 The Hidden Rooms & Money Spread Throughout Each Dungeon 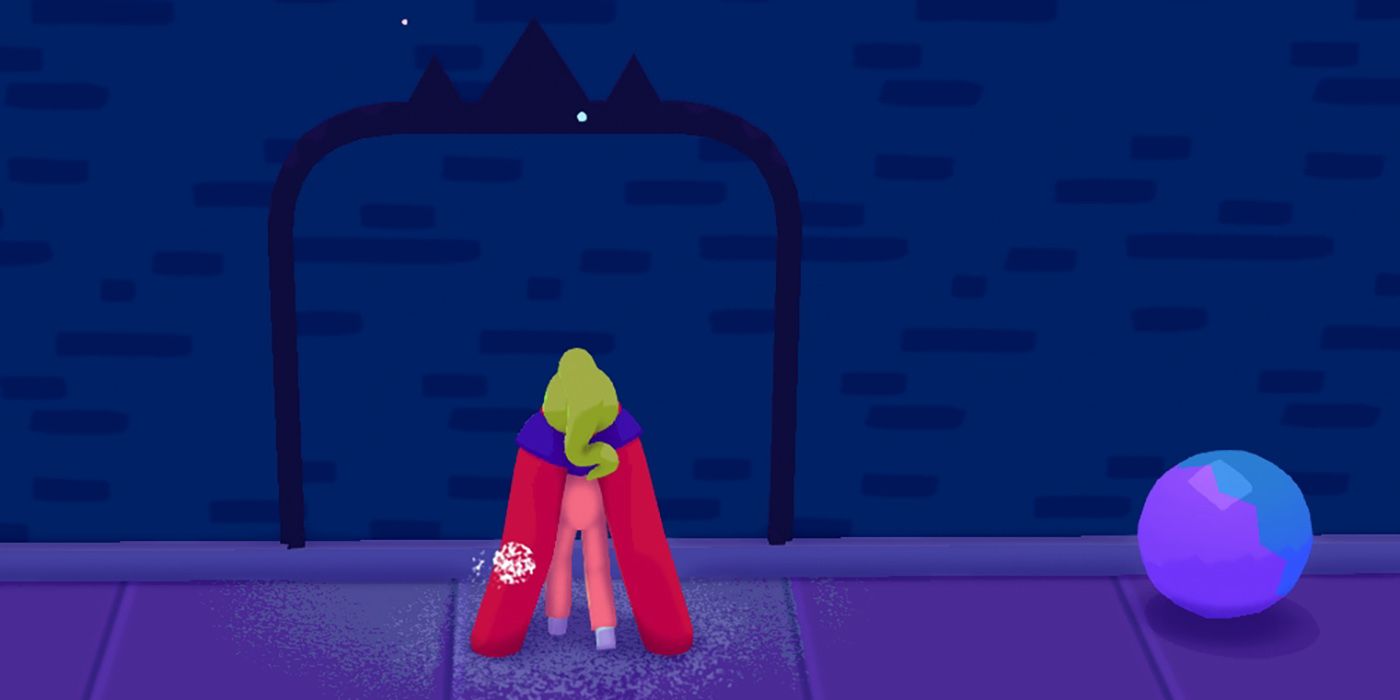 There are a ton of rewards for players who do their best & inspect each room as they go through them. Sometimes great weapons are “hidden” on the lowest shelf just out of view, sometimes there’s money hidden in breakable pots, and sometimes there are even hidden rooms that lead to extra encounters & mini-bosses.

Styxcoin probably has the most obvious example of hidden money found throughout the dungeon with its Styxcoin Ore that Jackie can mine. And, in regards to the hidden rooms, these are almost always marked on the wall by a door frame with no actual door inside until players walk into the frame, making them easy to find for those who keep an eye out.

1 Bosses Are Susceptible To Status Effects Too 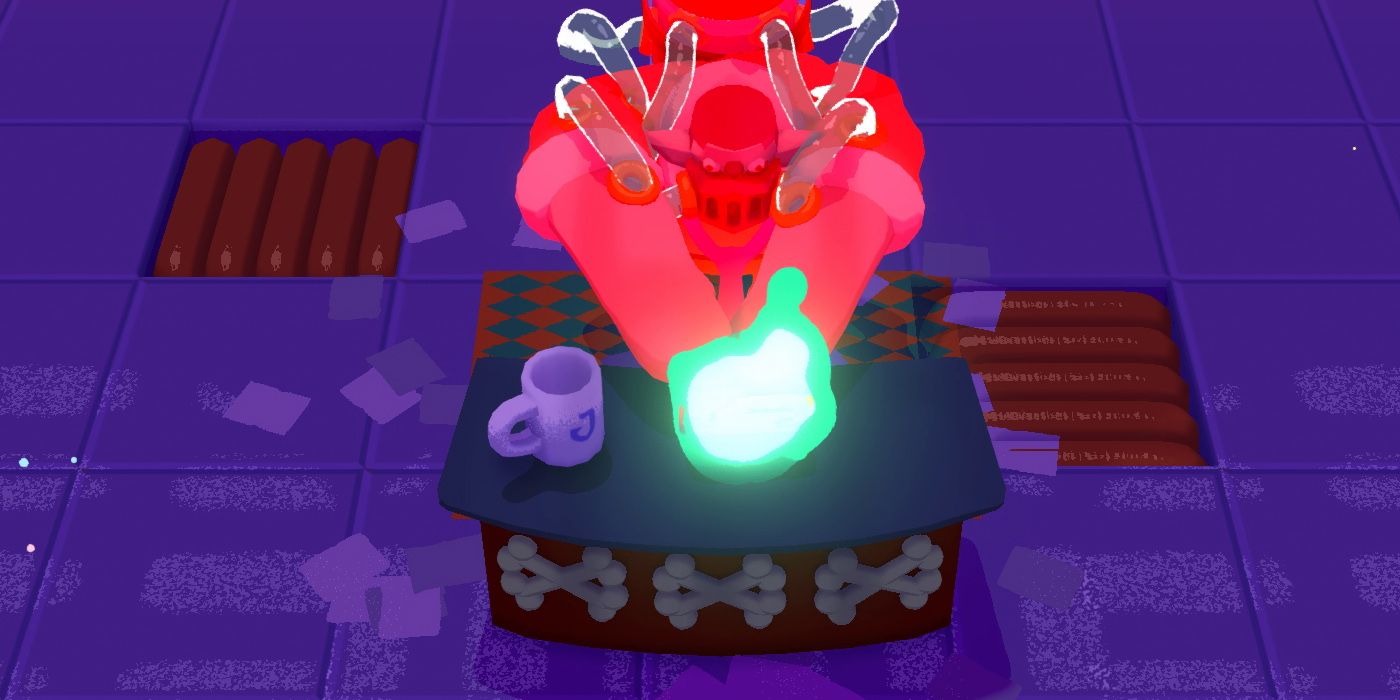 And lastly, players need to know that they can use the Status Effects against bosses too. In fact, a lot of these methods are actually the most efficient way to fight the bosses. Just to name a few ways:

NEXT: 10 Best Speedrun Tips For Hades 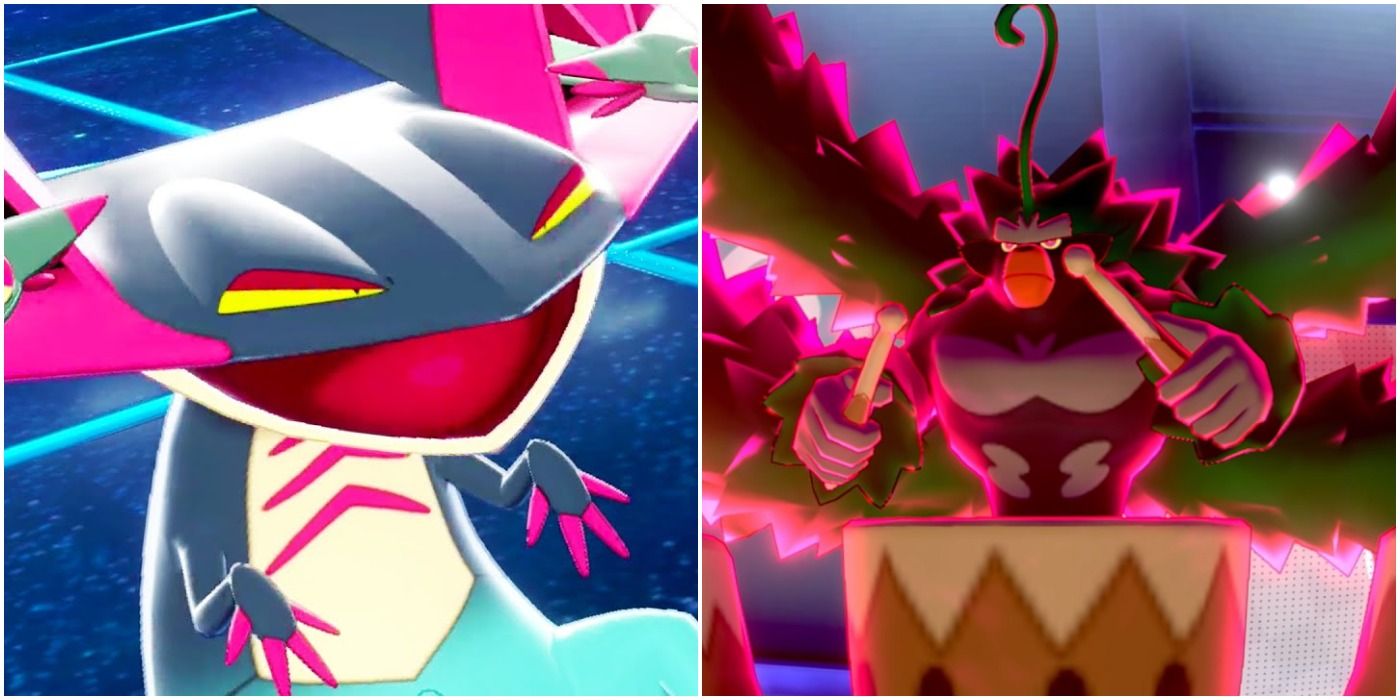