With VALORANT’s sentinels nerfed, TSM pioneered the triple-duelist comp—and they might be onto something

The team talked strengths, counters, and why they made the change.

Even though TSM couldn’t bring home the VALORANT First Strike: North America trophy yesterday, their in-your-face triple-duelist comp still landed them a second-place finish. And with sentinels, the tac shooter’s defensive agents, taking a hit in Patch 1.11 earlier this fall, they might be onto something.

Despite the recent sentinel nerfs, many teams continued to run the anti-flankers throughout First Strike. TSM, on the other hand, abandoned traps for pure aggression to effectively storm sites and wreak havoc. And the comp largely worked, throwing teams off and helping the squad play its own brand of VALORANT. But it does have some pitfalls that can potentially be exploited.

TSM discussed why they made the swap to triple duelists with Dot Esports last week, as well as the comp’s strengths and weaknesses.

It simply works for TSM 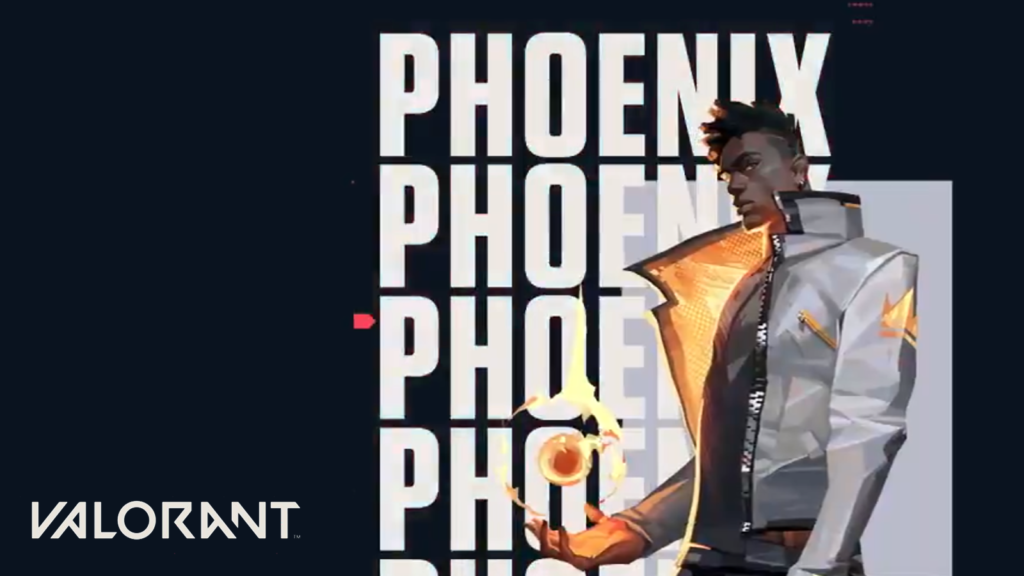 VALORANT’s Patch 1.11 was unfriendly to sentinels. Killjoy’s global presence was heavily reduced and any mid-round traps placed by her or Cypher now get deactivated when they die. This forces sentinels to play even more passive because they provide zero value if they’re taken out.

The stale-but-comforting sentinel meta was under attack. Cypher was a staple for most teams, providing copious amounts of intel through his surveillance and anti-flank potential. And players could set and forget Killjoy’s Turret, which could point out a lurking enemy from across the map. Despite these two agents becoming significantly worse, most teams decided to stay the course.

TSM, on the other hand, saw an opportunity and ran.

Taylor “drone” Johnson was often relegated to playing Breach despite it not being his best agent. But these sentinel nerfs allowed his team to switch things up—and he’s thriving.

“[Playing Breach] is a support role and I’m definitely more of an aggressive duelist-type player, but I was filling the role and I was fine doing it,” drone told Dot Esports. “When we saw the sentinel nerfs in the patch notes… we were like, I’ll go back on my Phoenix, we’ll all play agents that we’re all really comfortable and confident on, and it went phenomenally.”

Confident is an understatement for drone, who had a spectacular performance in the First Strike grand finals. While TSM lost to 100 Thieves 3-1, drone put up 72 frags (second to Spencer “Hiko” Martin’s 73) and a server-high 36-percent headshot percentage. This monumental shift in TSM’s agent makeup allows the 23-year-old to thrive.

It’s clear the sentinel meta “doesn’t really fit” any of TSM’s playstyles, according to Stephen “reltuC” Cutler. The in-game leader, who played Breach, Sova, and Skye throughout the main event, asserts it’s harder to call shots from a lurking position and prefers to be “in the middle of the pack.” And since every player on the team has played competitive CS:GO, watching the flank is all too familiar.

“We also come from a Counter Strike background,” he said. “You have to watch your flanks and you have to comm that the other team can do this or that, and not rely on a tripwire or a turret to help you.”

This is especially helpful for TSM because they don’t get lulled into a false sense of security. Traps can be superseded by agents like Omen, who can teleport past them, or a Jett, who can jump over them. With no traps set up, TSM is always on alert and it seems to be paying off.

Powerful, but not invulnerable

At first glance, the triple-duelist comp’s strengths are straightforward. It gives a team more aggression, more firepower, and more kill potential. But it also offers a tactical benefit that might not be as obvious.

Instead of putting “all your eggs in one basket,” according to James “hazed” Cobb, three duelists allow you to enact map-wide pressure.

“It allows you to be aggressive on multiple parts of the map at the same time,” hazed said. “Typically the sentinel side of the map is very weak and passive because pushing with a sentinel doesn’t really make sense in the current patch… Whereas with the triple duelist, you can be aggressive on both sides.”

This was evident in TSM’s First Strike semifinals match against Team Envy on Dec. 5 when map-wide aggression led to a couple of free plants. In the eighth round, for example, Yassine “Subroza” Taoufik pushed onto Ascent’s B site alone with Raze and snagged a pick. On the other side of the map, Cutler clicked a head. With aggressors on both sites, Envy had difficulty deciding where the rotation needed to be and ultimately chose the wrong one.

TSM’s full team rotated to Subroza, got a plant off for free, and eventually won the round because Envy decided to save instead of risk a five-vs-three gunfight.

Despite its ability to bully opposing teams, the three-duelist comp isn’t perfect. Hazed said the most important aspect of the comp is good communication because you don’t have the “sentinel safety net.” And Subroza cited the lack of information, especially on larger maps, as potentially problematic.

“Mid-round pushes off information [are] really good against us because we’ll naturally have gaps,” he said. “We can’t hold everything. You can hold the flank with one person, but if he does and we’re four on the other side of the map… then they can be really ballsy and take map control.”

The 23-year-old praised 100 Thieves’ Peter “Asuna” Mazuryk, who “did a really good job being ballsy” on Haven in their grand finals series. Asuna was able to sneak out mid or re-push spots that had already been cleared by TSM, using the lack of traps to his advantage.

While the raw power of three duelists helped TSM forcibly make it to the grand finals, 100 Thieves were able to exploit it to be crowned North America’s champions.

Will three duelists become the norm? 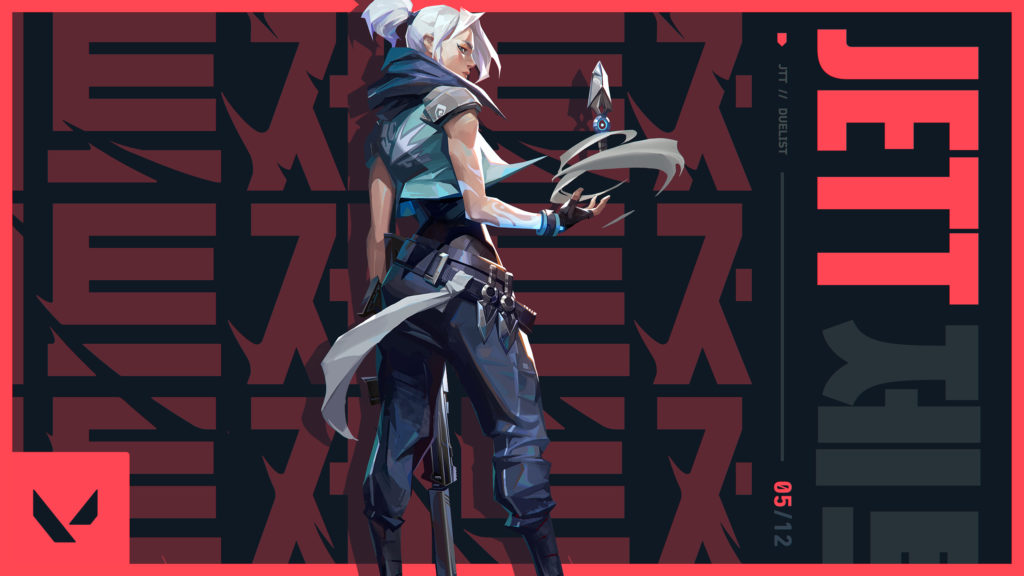 With TSM pioneering the triple-duelist comp, it wouldn’t be a surprise if other teams experimented with it in the future. Whether the comp is enough to shift the meta, however, is still up in the air.

For one, it’s entirely possible that three duelists is simply TSM’s preference. Riot’s omnipotent agency to impact the meta with a new agent or balance changes is also in play with every patch. And even if a team decides to run it, they may still opt to use a sentinel anyway.

100 Thieves, for example, bested TSM on Split while running Raze, Reyna, and Jett. But Joshua “steel” Nissan still ran Killjoy, keeping a sentinel to provide intel and site control. Matt “WARDELL” Yu thought their comp was “horrible,” attributing the loss to TSM taking their “foot off the gas.” Swapping Sova out on Split for a third duelist is still plausible, though.

This wouldn’t be the first time TSM spearheaded a movement in VALORANT. Sage underwent extensive nerfs in Patch 1.07 and was quickly abandoned by pro teams soon after. The once-popular sentinel had only a three-percent play rate in all of First Strike, according to VLR.gg. But even before Sage’s kit got gutted, TSM was the first team to consistently replace her for an extra smoker, duelist, or control agent.

Regardless of whether three duelists become meta, it’s TSM’s game right now. And if teams want to compete against them, they’ll either have to beat them or join them.