The second day of the Play-in Stage has brought seven Bo1 series to decide what teams will still have a chance to advance to the Main Event and who must start thinking about their trip back home. 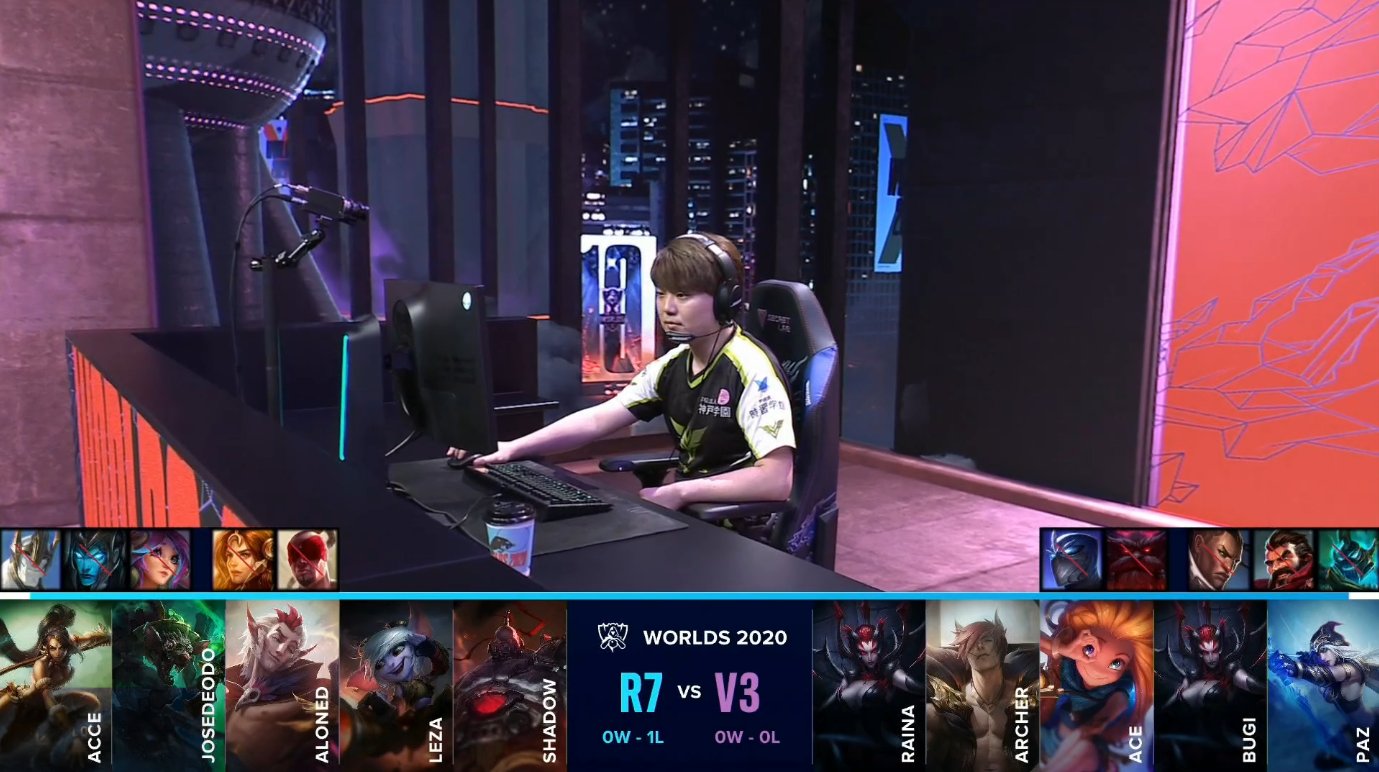 The first game of the day, featuring LLA vs LJL, had quite a slow start. We had to wait seven minutes to get the first kill but, luckily, from that moment we had more action happening.

In general, both teams were pretty even during the early game. V3’s jungler, Bugi, had surprised us with his Elise pick, but he managed to take advantage of this decision and get some of the most important objectives, which helped the Japanese team to slowly take the lead in the game.

The Latinamerican kept falling behind in every score, and at minute 26, they initiated a chase in the mid lane that ended with all of them dead and a free Baron Nashor for the Japanese. From that moment, the difference in the gold score was unfixable.

After taking the Dragon Soul, and with a second Nashor buff in their hands, V3 just had to press the mid lane to end their first game at Worlds with a pretty easy victory. Rainbow7 still hasn’t won. 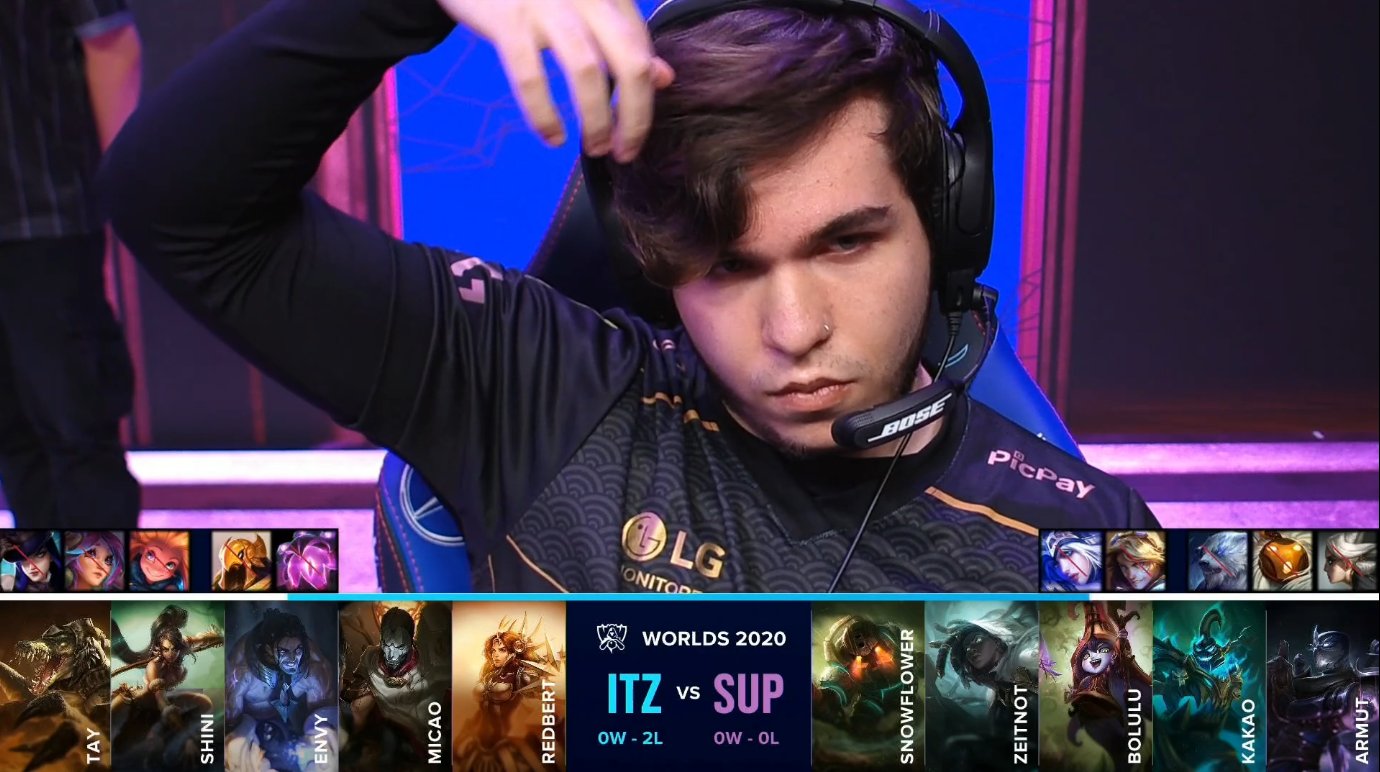 In the second game of the day, the Turkish league had their first chance to impress the world in a match where INTZ could not afford a new defeat… or they would be almost out.

From the start, both teams were very proactive, and we had some early kills for both sides. There was a fight just before the minute ten where INTZ got the Herald but paid it with the lives of three of their players. Right after that, two new kills summed up SuperMassive score, whose top laner, Armut, was 5/0/1 with Shen at that moment.

Nothing worked out for INTZ, and the Turkish team kept securing their advantage in every score, with a great map control, taking most of the neutral objectives, and slowly increasing the kills and gold difference.

After taking the Dragon Soul and smashing the Brazilian players once again in a team fight, SuperMassive took the Baron Nashor and pushed the mid lane until they destroyed all the structures ahead and won their very first game at Worlds 2020.

V3 Esports vs Unicorns of Love 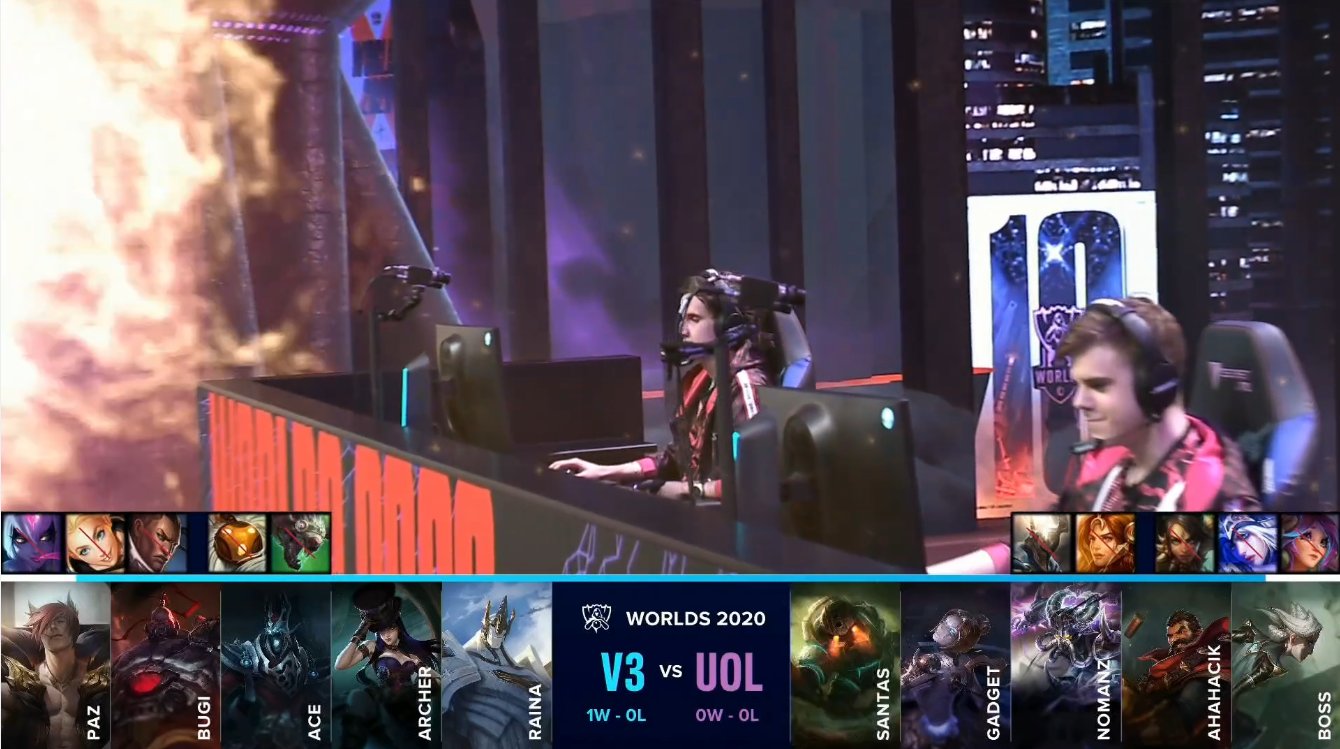 Turn for the Russians to get up the stage. First game at worlds against the Japanese team.

The game started with a short Pause due to technical problems, and the first minutes were pure chaos. There was a late invade performed by V3 that forced both top laners to Teleport and join the team in a fight where UOL took the first blood.

Due to that play, the Russian bot and top lanes swapped and kept playing in a very aggressive way. That worked for them, they took the lead in every score and started controlling the neutral objectives. But V3 managed to take more turret plates and the first two turrets, which made them match the gold score.

A long fight around the second Herald of the game gave the advantage back to UOL right before a new Pause due to technical problems. After that, everything worked perfectly well for the Unicorns.

The Russian team managed to get all the objectives and enemies’ lives ahead, the Dragon Soul, the Baron Nashor, and the lead in turrets and killS kept growing (they were 5 – 20 when they took the Nashor). All of this, together with their 8/0 Kassadin, was impossible to handle by the Japanese, who tried to resist but ended receiving their first loss in the Championship. 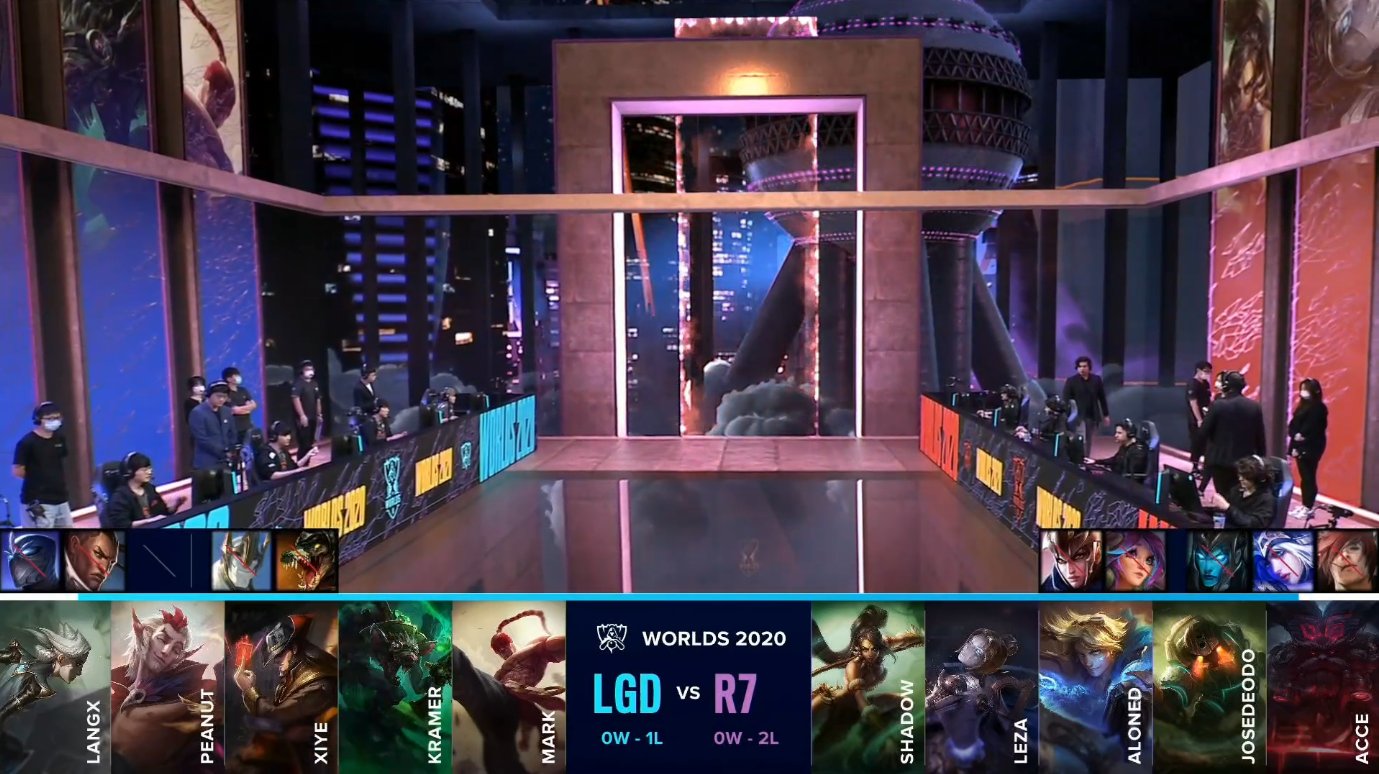 This time, the Latinamerican team had their opportunity against the LPL fourth seed.

The game was very aggressive by both teams during the first minutes. LGD took the first blood very soon and didn’t find any problem to take the first drake, but Rainbow7 never gave up.

The American team managed to reduce every advantage that the Chinese team was taking. They even got the first turret and the second drake, so the only difference in the scores when they reached minute 20 was 2k of gold and 6-3 in kills, not a big difference at this point of the game.

Five minutes later, there was a team fight around the dragon pit and R7 not only took the objective but also won the fight, with which the game was a bigger question mark for all the fans.

R7 needed their fourth dragon, to get the Ocean Soul, and LGD had to avoid it. That is why a new team fight took place in the same spot, and the same story was told: R7 took the soul, won the fight, and got Baron Nashor, putting the Chinese team against the wall.

Nevertheless, LGD wasn’t going to give up, and they managed to get some more kills and take the priority in the lanes to prepare the Ancient Drake. When this new objective appeared, R7 expulsed the Chinese from the area and killed some of them, keeping the buff for them, as well as a second Nashor.

With all this power, after some crazy minutes, Rainbow7 got their first victory in the Championship and brought some hope for their region.

LGD Gaming was now 0-2 in their score.

Unicorns of Love vs PSG Talon 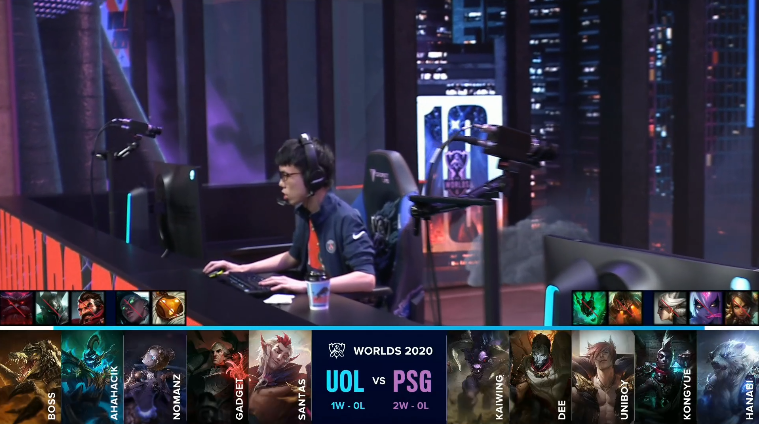 After surprising the whole world, PSG came back to the stage to face the Russian team on the second day of Play-in.

The game started as crazy as all the games with UOL are, and an early gank to the top lane in the first two minutes gave the first blood to the unicorns.

Trades were happening all the time, so the kills score kept changing. PSG took the lead here, but UOL had the gold advantage thanks to the objectives they got.

While the minutes passed, the game became even again, and both teams kind of relaxed for a while, until the fight for the third dragon changed it all. UOL’s jungler managed to steal the drake, and after succeeding in the fight, they tried to get the Baron. PSG quickly went to defend the objective, but the unicorns had already recovered, so they got the Nashor and defend from PSG’s counterattack.

With these buffs, the unicorns managed to destroy all the enemy base, but could not get the nexus. The situation didn’t last long. Despite the Asian team resisted, UOL took a second Baron, and with the nexus discovered, there was nothing for PSG to do, and they received their first defeat of the Play-in stage, while the unicorns end their first day 2-0. 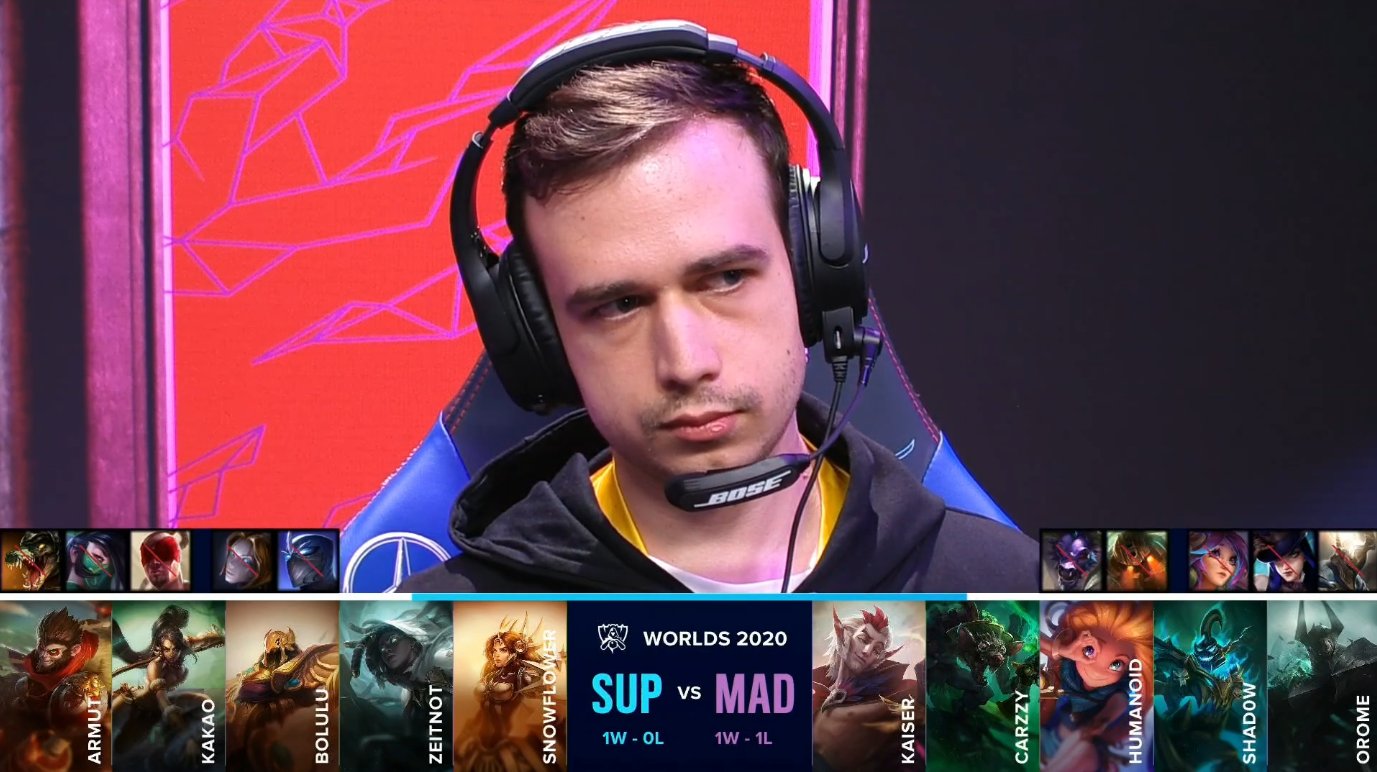 The sixth game of the day matched the Turkish and the European representatives on this second day of Play-in.

We had a pretty calm start, with some trades but no kills until the minute 8. Despite SuperMassive took the first blood, the lions started taking the lead on the gold score.

Things changed some minutes later when the Turkish team got the Herald and some more kills to add to their scores, and after taking the first drake and turret, their gold got 1k above MAD Lions’ gold.

This difference changed a lot during the next ten minutes. Both teams kept fighting and pursuing objectives, and despite SuperMassive was winning overall, the only “important” difference was in the kills score.

That kills difference transformed dramatically to a huge gold difference coming to the mid-late game, and the Turkish team, with 18-5 in kills, 11k more gold, and 10-2 in turrets, did not hesitate to fight until they destroyed the enemy nexus. 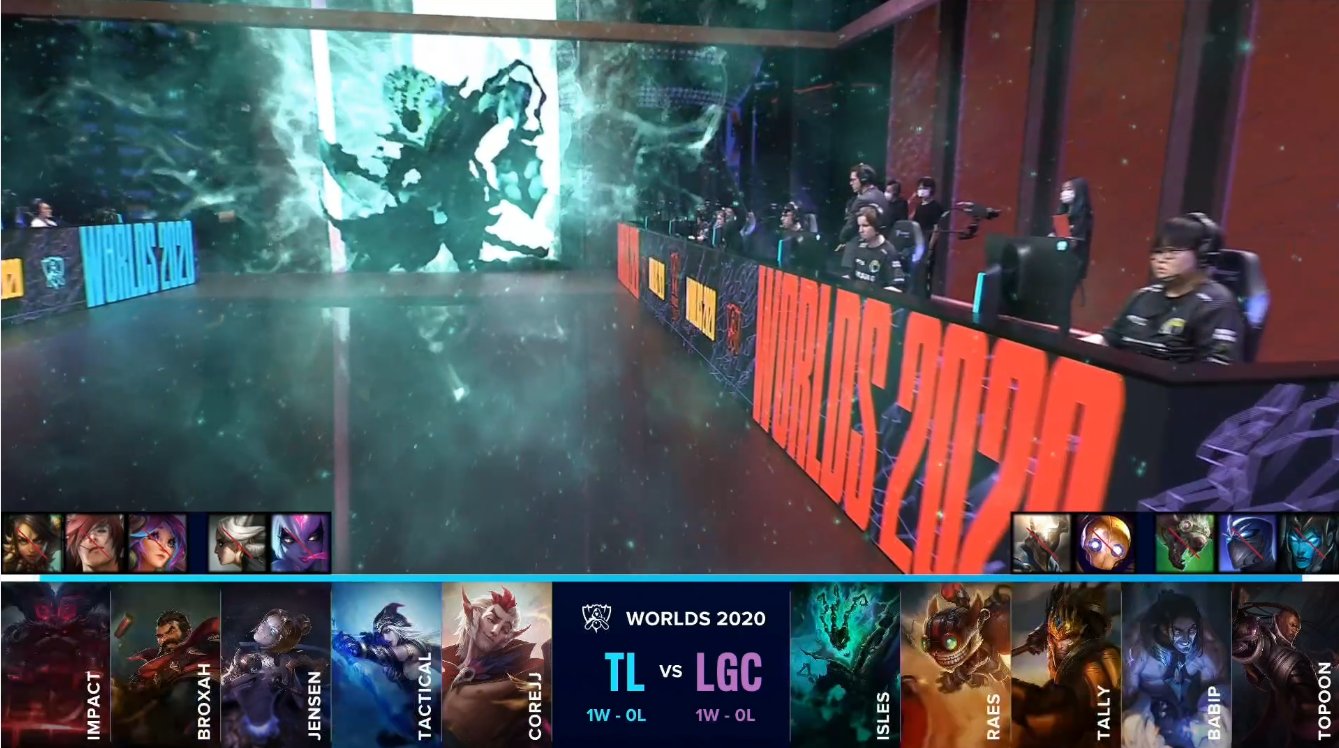 The last match of the day.

Team Liquid dominated the early game, with a splendid Broxah, that quickly reached a 5/0 in his personal score.

The North-American team got all the objectives, and their gold difference grew so much, that the Australian team had no chances to fight them. That is how TL took the first Baron Nashor of the game, without any enemy player trying to fight for it.

With the buff and the difference between both teams in every score, Team Liquid managed to win their second game in this Play-in Stage, and Oceania ends the day with a 1-1 in their score.