UK-based motorsport team McLaren Racing has announced the launch of the McLaren Shadow Studio, a space for its esports teams and ambassadors to train, race, and produce content.

The facility, which is based at the McLaren Technology Centre in Woking, UK, builds on the McLaren Shadow programme and is the result of collaborations between its various partners. These include Alienware, Splunk, Logitech G, Tezos and QNTMPAY. 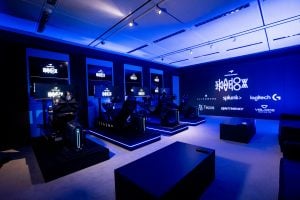 The facility will feature a range of partner equipment to support the growth of the programme. As a result, the McLaren Shadow Studio will be kitted with Aurora R10 PCs and Curved Gaming Monitors from Alienware, Dell Technologies’s performance gaming brand, and a range of other equipment.

Lindsey Eckhouse, Director, Licensing, ecommerce and esports, McLaren Racing, commented: “We are delighted to launch McLaren Shadow Studio and build on the fantastic work the team has pioneered in the esports space.

“We pride ourselves on bridging this connection and helping us evolve into the next chapter by broadening our reach beyond esports into gaming.”

McLaren entered esports formally in 2017 to ‘explore the performance opportunities at the intersection of gaming and real-world racing’. According to the release, the team’s institution of the Shadow Studio is said to demonstrate its further commitment to the space.

Esports Insider says: McLaren is one of the most prominent racing brands in the world, and its investment in the esports space is a welcome addition to the industry. It will certainly be interesting to see how this programme develops skilled players and what future content will look like.