As a part of the deal, Delimobil’s brand identity will be integrated into the broadcast and social networks of the event. 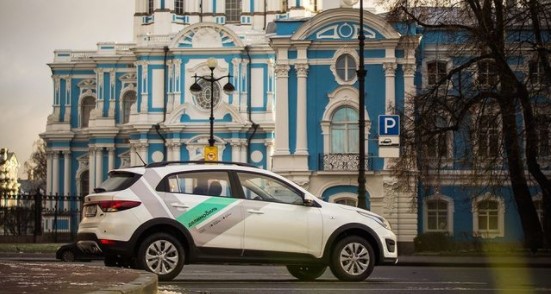 The D2CL is hosted by tournament organiser Epic Esports Events as well as the Russian Esports Federation. The $50,000 (~£36,559) online tournament runs from September 16th to October 6th.

Petr Shapiro, Delimobil’s Performance-marketing Director, spoke on the announcement in a release: “Once upon a time, a very small number of people followed esports, but now it is a global gaming community. In the same way, our history began with a fleet of 100 cars and a small team of enthusiasts who became pioneers of Russian car-sharing.

“Today, Delimobil and car-sharing are both a familiar and bright part of the national transport system. We are not afraid of experiments, we like to try new things and we know our clients do like esports. Therefore, we decided to support the Dota 2 Champions League Season 4 and wish its participants good luck!”

In addition to Delimobil’s appearance in the broadcast, the two companies will also reportedly implement interactive features for fans. The tournament’s broadcast and commentary are organised by content creation firm RuHub Studio.

Nikolay Petrossian, Head of RuHub Studio and Cybersport.ru, commented: “Both the culture of sharing and the esports industry were born in the digital world. We are grateful to Delimobil for the trust to become the bridge that will connect these two phenomena.

“We wish the viewers of broadcast exciting matches, the teams — success and victories, and our new partner — effective communication with the audience, in which we will be happy to help. Let’s go!”

Launched in 2015, Delimobil is Russia’s first federal car-sharing service, which claims to be an important and integral part of the transport infrastructure in cities of the Russian Federation. According to the release, Delimobil operates over 16 000 cars and provides its services to more than 6m users.

Esports Insider says: Although there are multiple car manufacturers supporting the industry, this marks the first car-sharing company to venture into esports. Moreover, it’s also a notable partnership for the quickly growing D2CL series, which has a strong potential to bolster the Dota 2 scene in the region.