Cloud9 partners with The Smurfs on apparel collection – Esports Insider

North American esports organisation Cloud9 has partnered with IMPS, the license holder for the Smurfs franchise.

As a result, Cloud9 will launch a new apparel collection influenced by the term ‘smurfing’. The collection will include hoodies, t-shirts, and jerseys, as well as accessories. 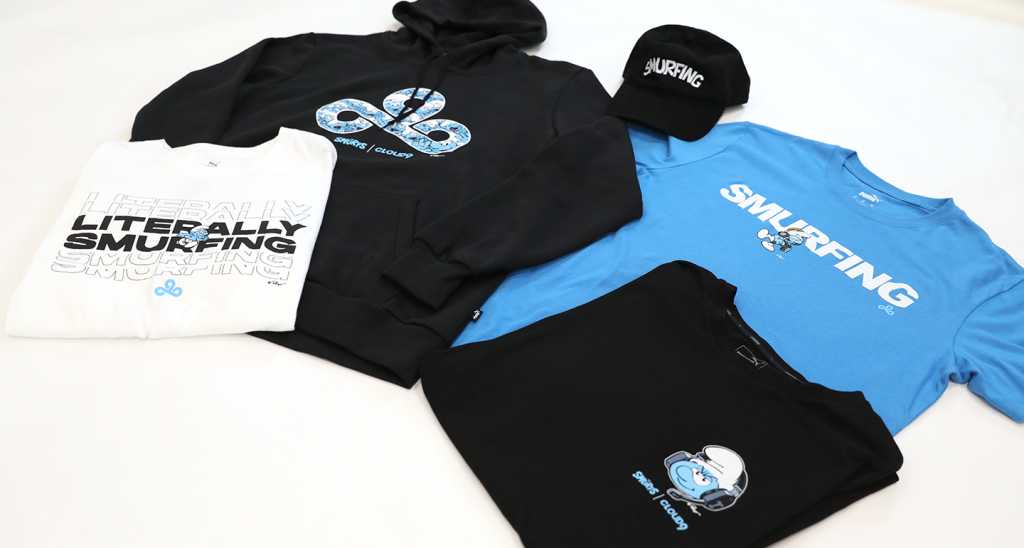 Cloud9 has also collaborated with two well-known World of Warcraft players, Venruki and Ziqo, to further promote the collaboration. The range of Smurf-inspired clothing and accessories is available in the Cloud9 internet store and includes an official Cloud9 Smurf hat.

Cloud9 noted in a release: “With its matching colours and sense of fun, Cloud9 and The Smurfs partnered in hopes to strike feelings of joy and nostalgia with fans as the collaboration pays homage to a childhood classic, The Smurfs, and C9’s history of smurfing in their competitions.”

Alongside announcing a new apparel collaboration, Cloud9 recently partnered with Serena Williams and broadened its partnership with Kingston FURY.

Moreover, the esports organisation is not the first to partner with cartoon characters for a clothing line. In the last 12 months, Team Liquid partnered with Naruto and Team Vitality teamed up with Adidas on Dragon Ball Z sneakers.

Esports Insider says: Cloud9 has embraced the memes and jokes by officially partnering with The Smurfs and, unsurprisingly, the two companies make a perfect fit. That’s partly because of the identical colour schemes, and partly because of the well-incorporated Smurf branding in the new collection.